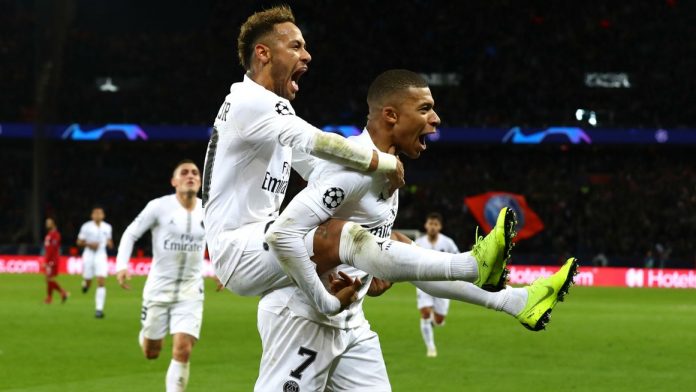 Real Madrid president Florentino Perez hopes Zinedine Zidane can persuade Kylian Mbappe to join the club, while he did not rule out signing both the French sensation and Paris Saint-Germain team-mate Neymar.

Madrid are set for a squad overhaul at the end of the season following the return of head coach Zidane, who replaced Santiago Solari on Monday after the three-time reigning holders crashed out of the Champions League last week.

The LaLiga giants have struggled this season after Cristiano Ronaldo left for Serie A champions Juventus, with Madrid third and 12 points adrift of leaders Barcelona.

Madrid have long been linked with PSG star Mbappe and former Barca forward Neymar, and speculation over the pair has heightened after Zidane’s return to the Santiago Bernabeu.

During Zidane’s news conference, Perez joked that the French boss could play a role in luring his countryman to the Spanish capital.

“Zidane’s French so maybe he could do something with Mbappe,” Perez told reporters.

When pressed on Mbappe, Perez replied: “Right now, all we are concerned with is ending the season well and start preparing for next season.”

Neymar has continued to be linked with Madrid despite swapping Barca for PSG in a world-record €222million deal in 2017.

Asked who he would choose between Neymar and Mbappe, Perez said: “Both.”

Ghana Premier League Day 1: Aduana Stars vs Hearts of Oak called off due...