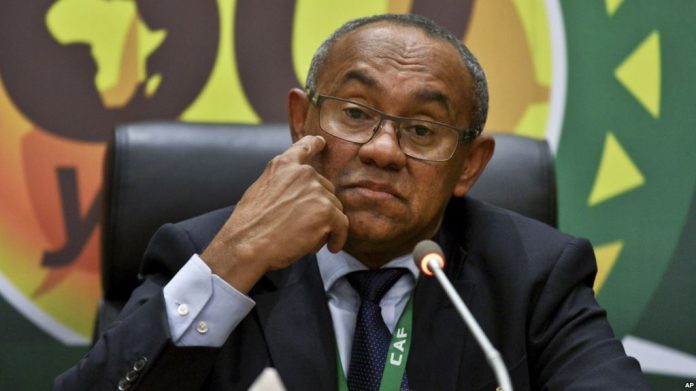 The president of the Confederation Africaine de Football is in the Senegalese capital to participate in CAF Awards 2018.

Many guests are scheduled to attend the ceremony including the president of Senegal, Macky Sall, the president of Rwanda, Paul Kagame, and former soccer player and now head of Liberia, George Weah. On January 6th, President Ahmad will also meet at the presidential palace Gianni Infantino, FIFA president, and Fatma Samoura, FIFA General Secretary.

Once again Mohamed Salah, Sadio Mane and Pierre-Emerick Aubameyang will compete to be named Best African Player of the Year. Before the ceremony, Goree will be celebrated. President Ahmad will hold a press conference on January 7th on this island, part of UNESCO World Heritage. Later that day, he will follow a game to honour the memory of Jules Bocande. In the Leopold Sedar Senghor stadium, Senegal 2002 will play against a team of CAF legends.

On January 8th, all the guest will gather inside the Abdou Diouf International Conference Center where the CAF Awards 2018 ceremony will occur. We will know by then who the Best African Player is. The day after, CAF Executive Committee will hold a crucial meeting to decide the faith of the hosting country for the AFCON 2019.

AFCON 2019: Know all about Black Stars fixtures and time in Group F

Bawumia in Tamale to cut-sod for Sports Centre