Sports24online
Home Sport Today Ghana President Akufo-Addo gifted customised Real Madrid jersey on his 77th birthday in...
Facebook
Twitter
Pinterest
WhatsApp
President Nana Addo Dankwa Akufo-Addo has received a customised jersey of Real Madrid as a birthday gift. President Akufo-Addo turned 77 years old on Monday, March 29, 2021.
But he was not in Ghana to celebrate. The president had left the country for a summit on Africa in Spain and had to mark the occasion of his new age in the European nation.
After the summit which was dubbed “Focus Africa 2023” Conference, Akufo-Addo held bilateral talks with Spain’s Prime Minister Pedro Sanchez.
It was after the talks that Prime Minister Sanchez gifted the replica jersey of Real Madrid to Akufo-Addo. 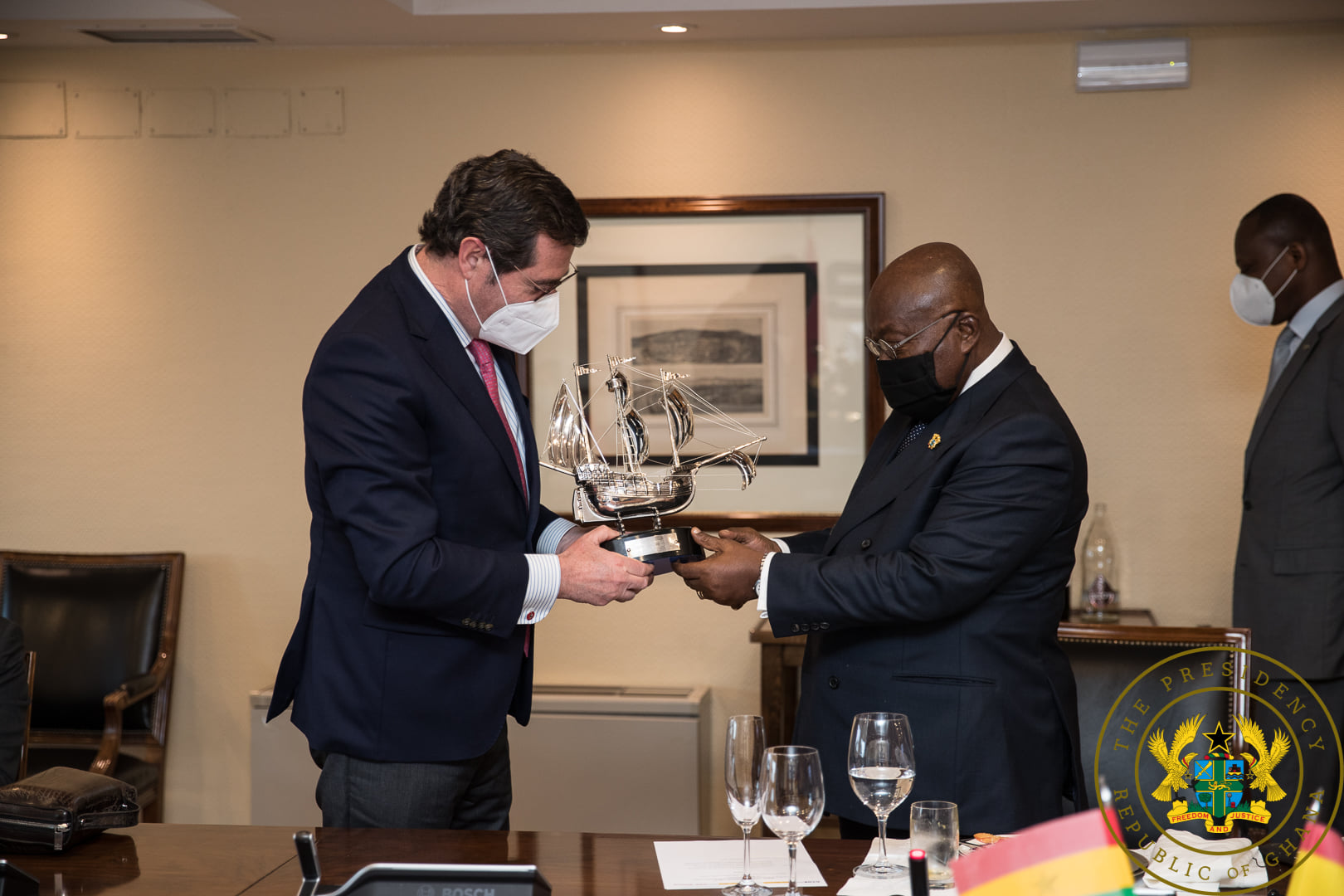 In photos shared on his social media pages, President Akufo-Addo was seen receiving the jersey which had his name ‘Nana Addo’ and his age ’77’ written at the back. 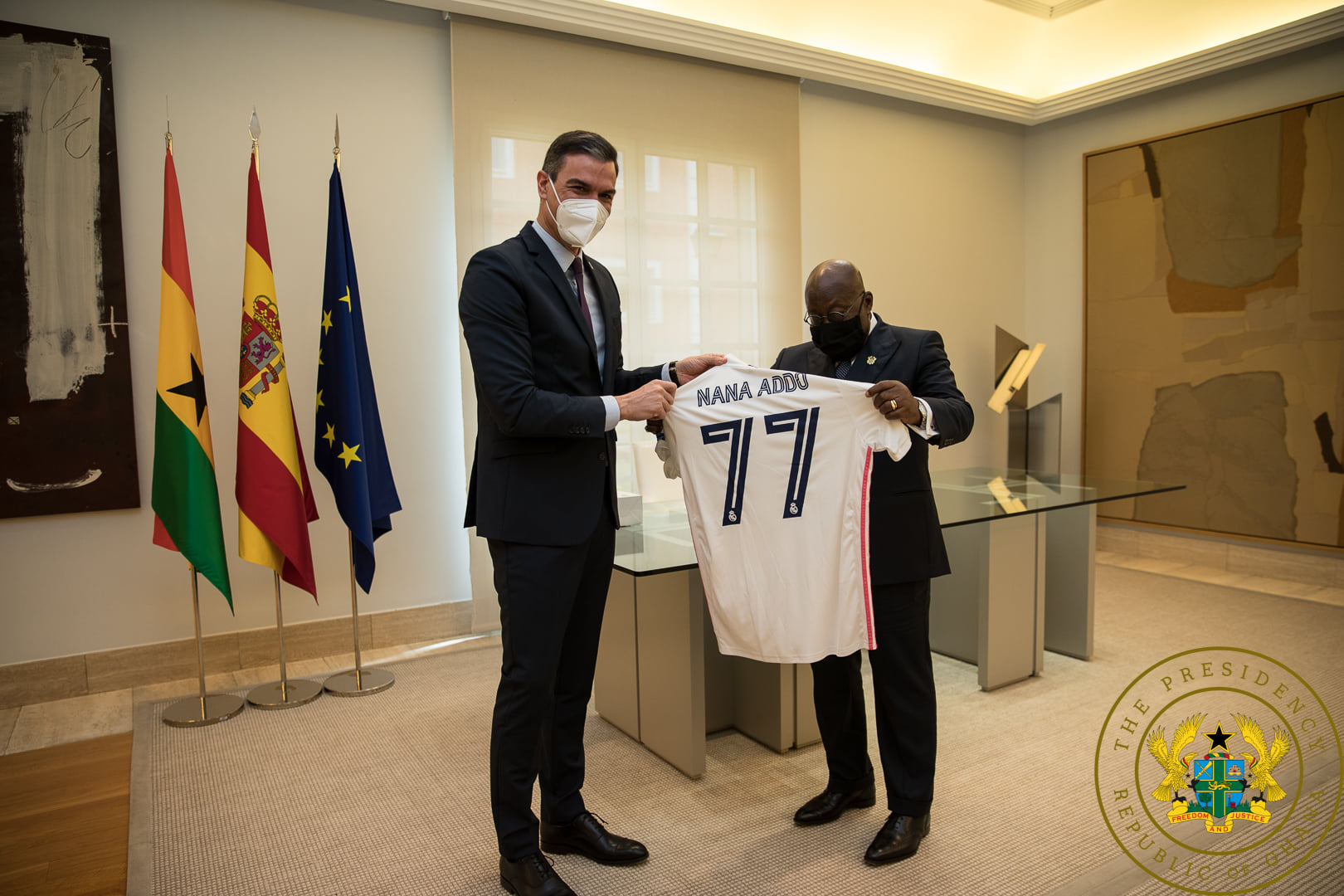 In another photo, Akufo-Addo showed the front side of the jersey. He was later seen sitting and smiling behind a table with a birthday cake. 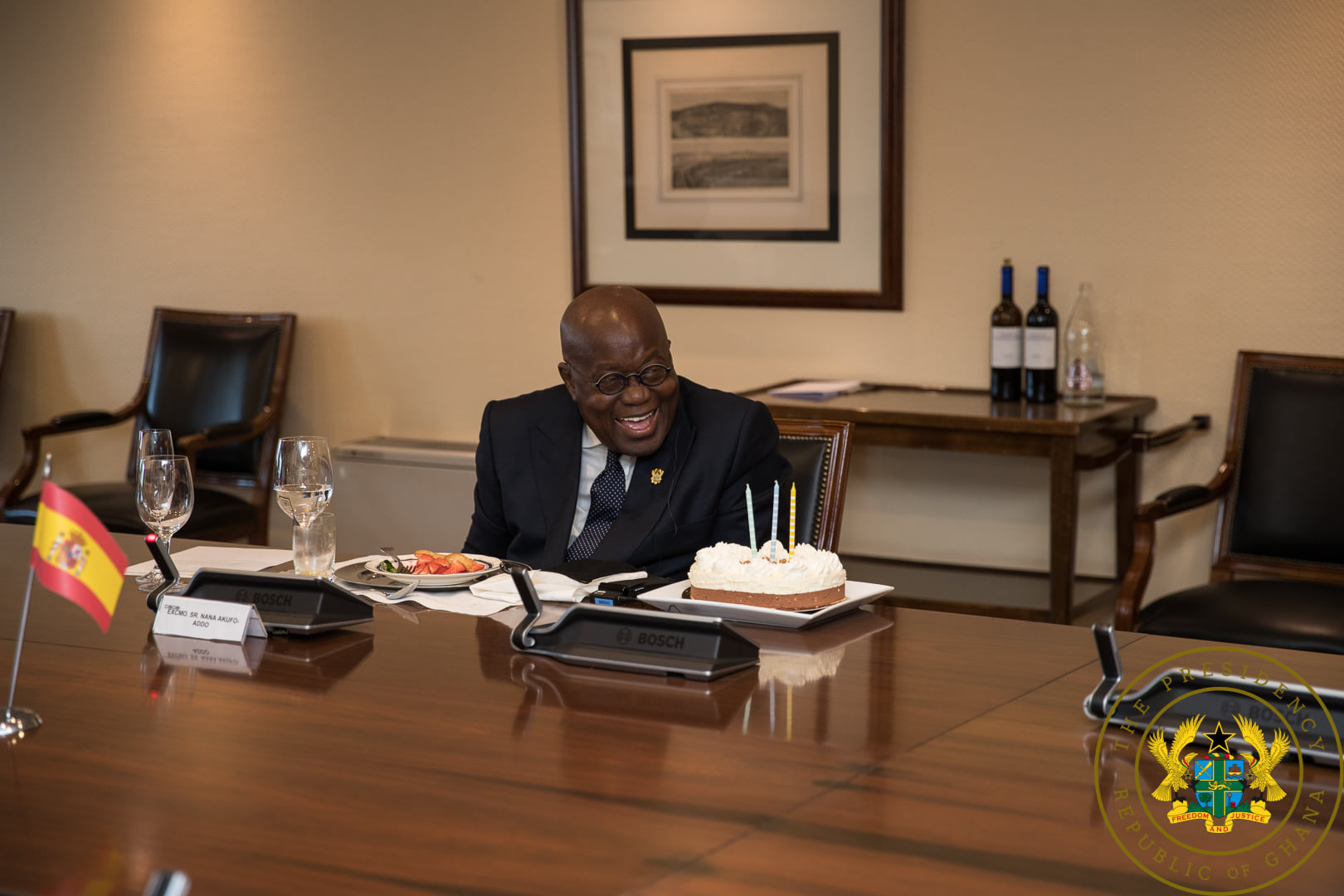 UCL: Hakim Ziyech off the mark in emphatic Chelsea win against Krasnodar

NC Special Cup: Kotoko, Hearts win to end first round on a high

FIFA provides vague explanation on why Egypt’s The Best awards votes for Salah were...