The Black Stars must beat Ethiopia and South Africa to qualify for the Africa World Cup playoffs and stand any realistic chance of qualifying to the 2022 World Cup in Qatar.

Ahead of the qualifiers, the Serbian trainer has invited four local players which include goalkeeper Richard Attah of Hearts of Oak, Dreams FC duo of Philemon Baffour and Abdul Fatawu Issahaku and Abdul Ganiyu Ishmael of Kotoko.

Richard Attah, Philemon Baffour and Abdul Fatawu Issahaku have all maintained their place in the Black Stars squad having previously earned a place in the doubleheader against Zimbabwe.

Meanwhile, Kotoko’s skipper, Ganiyu who was dropped from the 32-man squad for the Zimbabwe games has made a return to the team.

Check the full squad below: 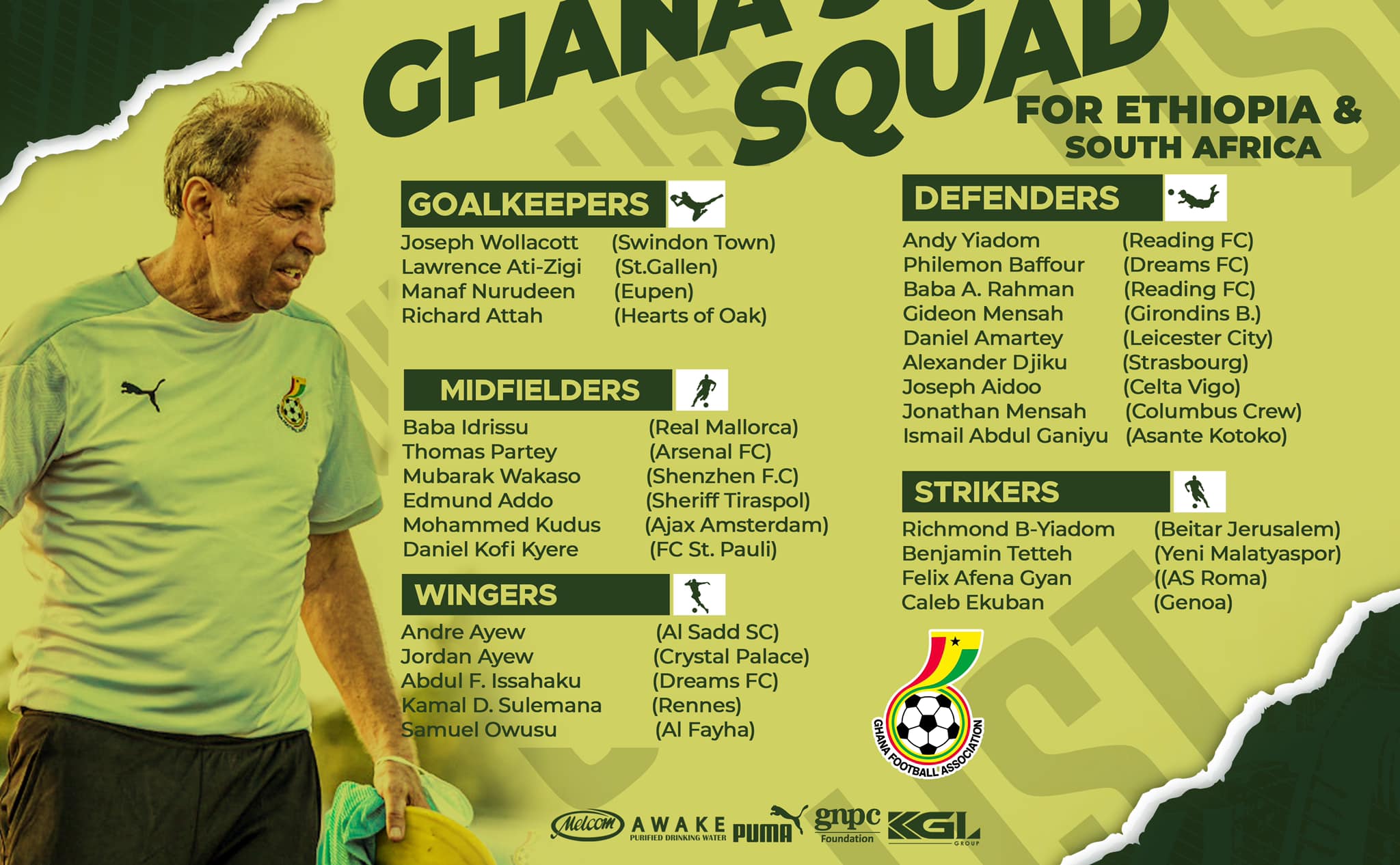