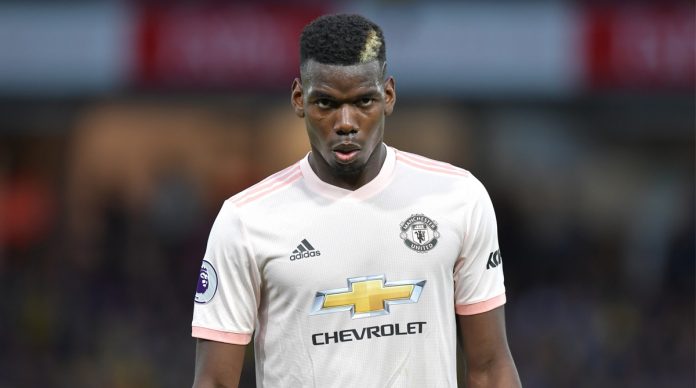 Manchester United midfielder Paul Pogba has given the clearest indication yet that he could leave Old Trafford, saying this summer “could be a good time to move elsewhere”.

The France World Cup winner has been linked with a big-money move to Spanish giants Real Madrid and former club Juventus.

But can big-spending Real afford the 26-year-old and stay within about Financial Fair Play (FFP) rules?

Kieran Maguire, football finance expert at the University of Liverpool, has crunched the numbers.

1. Who have Real bought so far?

With the exception of Thibaut Courtois’ arrival from Chelsea last summer, Real have stayed away from big-name signings since 2014, when Toni Kroos and James Rodriguez arrived at the Bernabeu.

But they have spent an estimated £300m since the end of last summer – the club’s transfer window record of £227m (254m euros) was set in 2009 with the capture of Cristiano Ronaldo, Karim Benzema, Kaka and Xabi Alonso.

The biggest outlay has been on Belgium forward Eden Hazard, who joined from Chelsea for a fee that could exceed £150m.

Serbia striker Luka Jovic was signed from Eintracht Frankfurt for a reported £53m and they bought left-back Ferland Mendy from Lyon in a deal worth up to £47.1m.

Porto defender Eder Militao was signed for £42.7m in March and Brazil forward Rodrygo, 18, signed from Santos for £40m in June 2018, has only just joined up with the squad.

2. Can they afford Pogba?

An analysis of Real’s financial figures suggests they have the capacity to spend more.

In their last set of accounts, Real had income of 751m euros, and while they were knocked out relatively early in the Champions League in 2018-19, other income streams such as friendly matches and commercial sales are more than likely to make up the shortfall.

See also  'When I hear people say I am now poor, I laugh, I have properties in Ghana' - Ex-Arsenal star Emmanuel Eboue

Real will also benefit from a change in Uefa’s algorithm for calculating money paid out to clubs, which from 2018-19 takes into consideration the performance of a club over the last 10 seasons in the Champions League and Europa League.

While Real have spent considerable sums this summer the club also banked a 100m euros from the sale of Ronaldo to Juventus last summer, which will appear in the 2018-19 accounts.

The club, therefore, appears to have considerable wiggle room in terms of recruitment this summer.

3. How will they balance the books?

Player sales are likely simply because the squad is too large following the recruitments over the summer to date, but Real’s profits in recent years means that there is no need for panic disposals at low prices.

Real had 190m euros in the bank in their last published accounts in June 2018.

The money spent so far this summer may look daunting to deal with, but modern transfers are usually paid in instalments so probably no more than a third of the sum due will be going out of the account this summer.

If the squad is looking bloated and other clubs are not in a position to buy the likes of Gareth Bale and Rodriquez, then expect one or two loan deals to offload these players and their wages from the Real books.

4. Why are Real flexing their muscles again?

For Real, finishing anywhere other than first is finishing nowhere. A trophy-free 2018-19 (unless you count the Club World Cup) featuring third place in La Liga and being knocked out in last 16 of the Champions League is not enough for the Real hierarchy and they have given Zinedine Zidane free reign to recruit as he sees fit to restore former glories.

Real are one of the most profitable clubs in football and had pre-tax profits of 43m euros in 2017-18 and 26m euros the previous season, so they have the capacity to absorb the additional wages and transfer fees from summer recruitment outlays.

FFP rules are designed to ensure the amount clubs spend on their players and wages is approximately equal to what they earn in commercial revenue and prize money.

Having a higher income allows Real to pay high wages but in 2017/18 they were spending 57m euros in wages for every 100m euros of income, well below Uefa’s ‘red line’ warning sign of 70% wages/income.

Even if Real have no increase in revenue in the forthcoming season compared to 2017-18 they could increase the wage bill by 98m euros and still be below the danger level.

They should easily be able to meet the demands of FFP rules, which limit losses to 30m euros over a rolling three-year period.

This is because transfer fees are spread over the life of a contract when calculating profits.

Even if Pogba is signed for 150m euros, he is likely to sign a five-year deal at least and so the cost to the club in the accounts is 30m euros for the transfer fee each year plus wages, which are likely to be a further 20m euros.