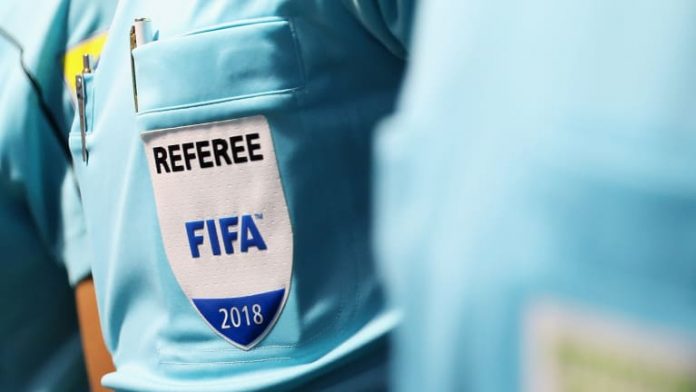 Retired referee Silas Okine has petitioned the Ghana FA over the nomination of Ghanaian referees for the 2019 FIFA International Refereeing list.

A list of referees purported to have been submitted to FIFA by the Ghana FA for the nomination has found its way to the media.

This comes just on the heels of the Number 12 expose where a host of Ghanaian referees copped bans and lost their FIFA badges after being found to have engaged in corrupt practices.

Their removal thus created a void to be filled,

But retired referee Okine claims in his petition that the basic requirements for such submission had not been followed.

Read below the detailed petition of Silas Okine:

Compliments from the concerned referees, some sports fans in the country and my good self.

We have sighted from some social media platforms and FIFA website the nominated FIFA Referees for Ghana for 2019.

Not long ago, Anas exposed rots in our soccer and the aftermath results are glare that we do not need to repeat them. In the event, the hardest hit was the Referees Association of Ghana (RAG). And indications were that RAG was going to learn and put its acts in order.

However, the worse happened during the process of selecting FIFA referees for prestigious FIFA badges. I would like to bring to your attention the following lapses and misconduct on the part of RAG in concert with some FA officials to submit this unaccepted list to FIFA.

THE MAIN CONCERNS ARE:

That the nomination of the referees was done without reference to any standard. Most of these referees were “handpicked” from the lower divisions at the expense of tested ones in top division. The list was never disclosed to anybody including the media. Almost all the Referees are favourites of some RAG executives. Some of the referees on the list failed the said fitness test on the 12th October 2018 at KNUST stadium in Kumasi which was to determine their readiness but ended up as a FIFA test. The failed ones were open and obvious as they could not go through the MAIN test. Surprisingly, these referees have found their names on the pass list.

More strangely, the list was sent to FIFA by RAG before the said fitness exercise was done on 12th October 2018. This means that the Referees who were selected did not go through the process and it will need some investigations. The date the list was sent from Ghana FA to FIFA will confirm or betray my position.

Again, most of the Referees did not officiate in 2018 league let alone assessment in the year for these Referees. So how come they were selected ahead of those who were officiating before the league was truncated in June, 2018. That we also want the attitude and conduct of RAG officials who are behind this CHEAT to be investigated as the process is a disgrace to our game. I am anticipating your quick response and reaction to these concerns.

‘Colts is the foundation of Ghana Football’ – Osei Kofi