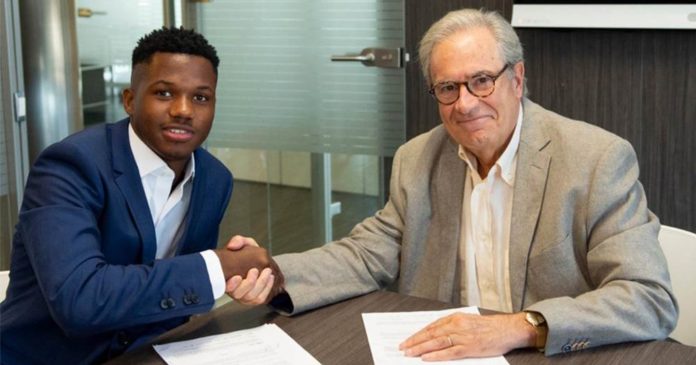 Ansu Fati has signed a new contract at Barca back in July.

Since then, it has been only known that his release clause has risen up to €100m. Ansu was considered as a Juvenil A player under Victor Valdes, however, his development tempos make him a valuable first-team player at the season’s beginning.

The 16-year-old’s contract details have been unveiled at the Catalan TV programme Club de la Mitjanit.

According to the source, Barcelona have taken the opportunity to prolong Fati’s contract for three more years, until 2024.

The Bissau-Guinean is going to earn at least €300k in his first year at Barca in case he remains a youth player. If he’s promoted to the first team, his wages will have a drastic increase up to €1m and they’ll even rise afterward, potentially up to €1,5m a year during his 3rd season at Barcelona.

What’s curious, Lionel Messi’s elder brother Rodrigo, who is a current representative of Ansu, will also get an attractive bonus of €700k in commission. 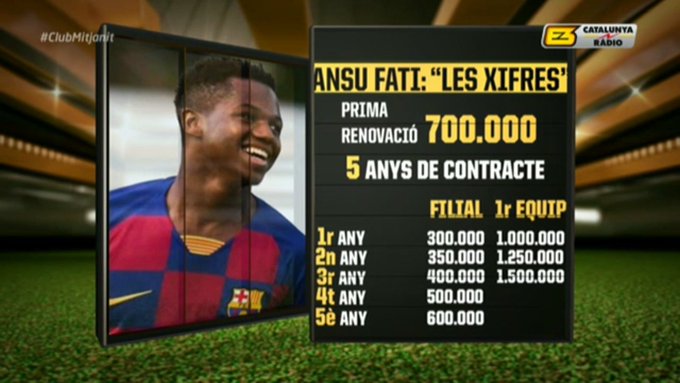 AFCON 2019: Action in knockout round kicks off today

GFA problems can only be solved by ‘football people ’- Osei Palmer

GFA must set up technical department to deal with penalty kicks – Select Committee...