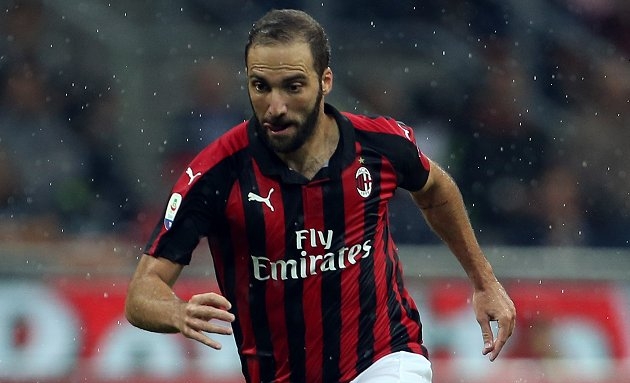 Departing AC Milan striker Gonzalo Higuain is excited to be moving to Chelsea.

The Argentina international has been on loan at AC Milan from Juventus since the start of the season.

According to Fabrizio Romano of Sky Italia, Chelsea have now reached an agreement to bring him to Stamford Bridge and reunite him with former Napoli coach Maurizio Sarri.

He tweeted late on Wednesday night: “Gonzalo Higuain from Milan to Chelsea, here we go!

“Agreement reached between Juventus and Chelsea for Higuain: loan + buy option for 6 months; it can be extended as loan also for one year more (2019/2020 season) if Higuain will get some steps with Chelsea (caps, goals, team targets).

“Also Milan are ready to give the final OK for Higuain to Chelsea, the Blues will always pay the total wage of the Argentinian striker during the loan.

“Gonzalo is now buzzing to re-join Maurizio Sarri and start his first experience in Premier League. Just final details missing and then… Higuain will sign as new Chelsea player!”

Man City boss Guardiola snaps back at Mourinho: Are you a doctor?