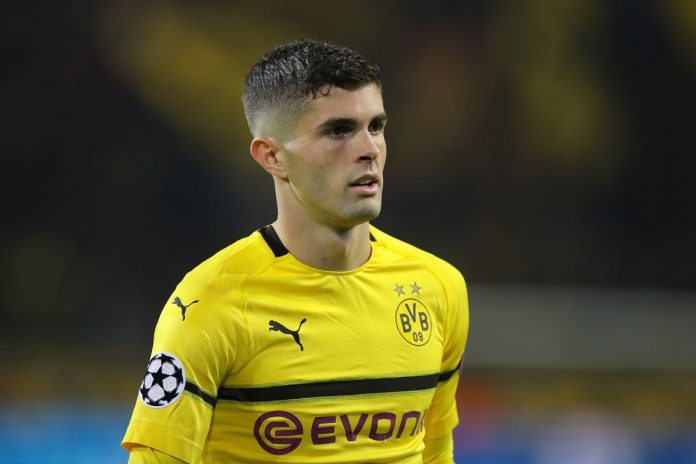 The Daily Mail says Borussia Dortmund midfielder Pulisic’s start to his Chelsea career is set to be disrupted with the USA keen to take their £58million striker to the Gold Cup this summer.

The United States want to pick their strongest squad possible, with Pulisic included, for the CONCACAF tournament which runs from June 15 to July 7.

If they go deep into the competition, it will see the 20-year-old miss the start of Chelsea‘s pre-season because of the recommended three weeks’ rest before beginning work for the new campaign at his new club.

The irony is Pulisic was reluctant to join Chelsea midseason last month as he felt the best chance to establish himself would be doing a full preseason with his new club.

‘The Nigeria flag was bloodied’: Footballers condemn violence against protesters