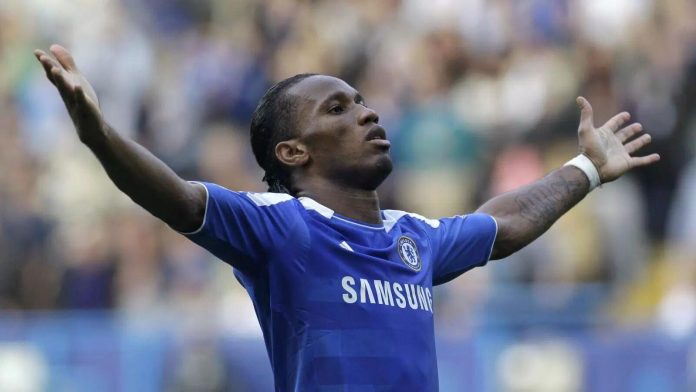 Rio Ferdinand has said Chelsea legend Didier Drogba is the best African player to have ever featured in the Premier League.

The question was asked on Saturday Morning Savage, the BT Sport show, by host Robbie Savage.

“What about George Weah,” Sutton said. “Two time African, two time World Player of the Year and he is President of Liberia, Drogba is not a president.”

There was also support for former Manchester City hero Yaya Toure, but it appeared the panel were unanimous in their decision to vote for Drogba.

Ferdinand then took to Twitter and wrote: ‘Tough call between Drogba & Yaya… both #EPL legends but I’m going for @didierdrogba! #SaturdaySav.

The Ivorian signed for Chelsea from Marseille in 2004 and enjoyed two spells with the club, his first spanning eight seasons, before returning for a year in 2014.

He also famously equalised in the 2012 Champions League final against Bayern Munich, before netting the decisive spot-kick in a dramatic 4-3 penalty shoot-out victory.

See also  DOL: Bawa Samuel reacts to his man of the match performance against Mighty Royals

MEDIA: Everything about coverage of CHAN TOTAL Cameroon 2020