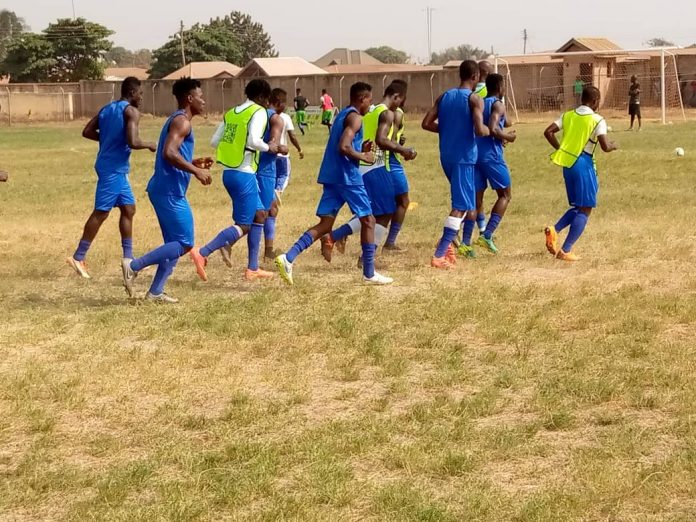 A number of Real Tamale United’s first-team players have returned to training for the first time after Sunday’s MTN FA Cup win over Gbewaa FC.

Most of them were spotted on Tuesday when the team resumed training ahead of their impending clash with Unity Fc , but the players each have their programmes ahead of the weekend.

Hanan Giwah, Hedir Mohammed and Mohammed Sadat joined a host of players who missed the weekend victory. The three missed Sunday win due to injury.

For those who honoured the match on Sunday, the hard works starts now ahead of the resumption of the Division One League, which
The Pride of The North begin by hosting Unity Fc on Sunday 2nd February.

However, between now and the end of February, there are plenty of games for RTU fans to keep an eye on, as Coach Shaibu Tanko’s men are back in action in just a week after their last game.

at the Aliu Mahama Stadium. Real Tamale United’s first City Derby of the Division One campaign comes against Steadfast on 6th February at the same venue, before hosting Nea Salamina three dater later.

After that, Real Tamale United will begin their travels again this time to Paga, where they will battle Paga Crocodile before facing Gbewaa FC again at the Aliu Mahama Stadium.

The team is still searching for their first league win after two defeats and a draw in the opening three matches.

VIDEO: Alvaro Morata lands in Turin for his Juventus medical ahead of loan move...