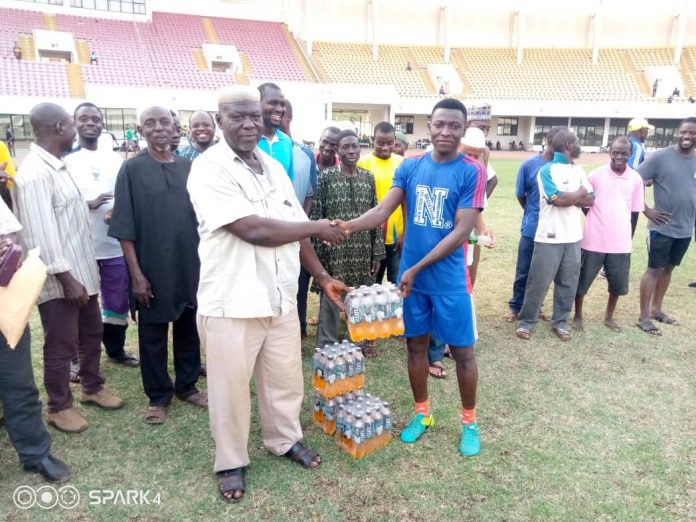 A group of Real Tamale United supporters has donated assorted drinks to the playing body ahead of their Division One League fixture at home to Nsoatreman FC.

The supporters wing donated energy drinks to the leadership of the club as part of their support for the players ahead of the much anticipated clash with the Brong Ahafo based side.

Supporters chairman of the Northern Blues Alhaji Baba Tolon, thanked the players for their commitment to the team so far in this difficult period and for retuning home with a point against B A United on Sunday. He pledged that the fans are behind them and would continue to support them in diverse ways to ensure they qualify the team into the Premier League.

Deputy captain Mohammed Hardi received the items on behalf of the players as they seek to give the supporters nothing but a win against Nsoatreman Fc.

Last week the Supporters group donated an undisclosed amount of money to injured right back Abdul Shakur Iddrisu after his sustain a serious injury in RTU’s 3-1 victory over Young Zobzia in the MTN FA Cup round of 64.