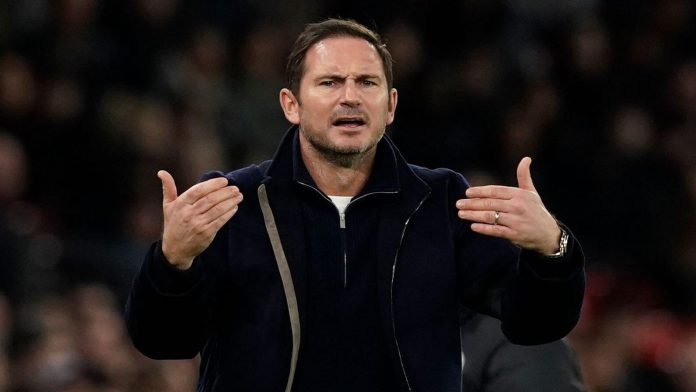 Frank Lampard has been sacked as Everton manager.

Lampard leaves the club languishing in 19th place in the Premier League and having lost eight of their last nine games in all competitions.

He has been dismissed following Saturday’s dismal 2-0 defeat against West Ham.

The result leaves Everton two points adrift of safety and with just 15 points from 20 league games this season.

The board of directors had been present at the London Stadium on Saturday to watch the latest defeat for a side now winless since October. Alongside them was majority shareholder Farhad Moshiri, attending a game with Lampard in the Everton dugout for the first time. His first game of Lampard’s reign was to be the manager’s last.

Lampard departs Goodison Park having won 12, drawn eight and lost 24 of his 44 games in charge of the Blues and with a win percentage of 27.2%.

While the club search for a new manager, club legend Leighton Baines, who is in charge of the Under 18s, and Under 21 head coach Paul Tait are in line to oversee the day-to-day matters.