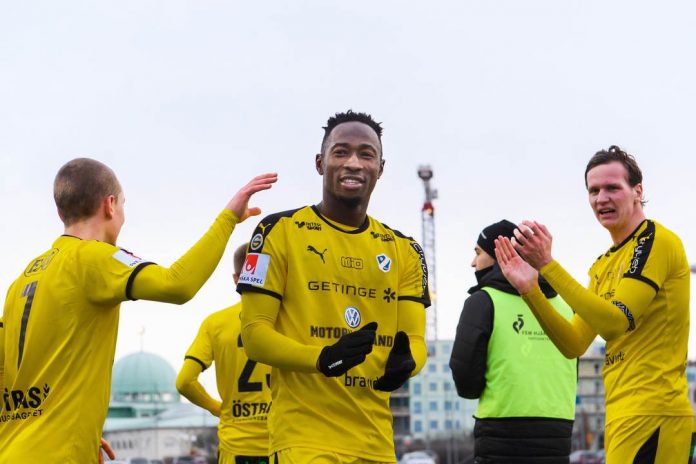 Ghanaian international, Sadat Karim and his 56th blockbusting strike has been the talk of town as many believe that strike stands to be named among the 2019 Puskas award.
Though the goal was not enough to give his side the qualification to the semis of the Swedish cup, Karim’s stunner remained the talking point.
Ferid Ali opened the scoring for the home side in the 21st minute but Sadat long range rocket restored parity for the visitors, pushing the game into extra time but lost 2-1 at the end of the extra time.
Sadat Karim (born 24 October 1991) is a Ghanaian footballer who plays as a forward for Halmstads BK after playing for the likes of Real Tamale United, Inter Allies, Accra Hearts of Oak among others.
By: Prince Kwame Tamakloe/sports24online.com
See also  REVEALED: Real Madrid and Chelsea strike Hazard terms

WOMEN’S SPECIAL COMPETITION: Being on top of table poses huge pressure on us –...