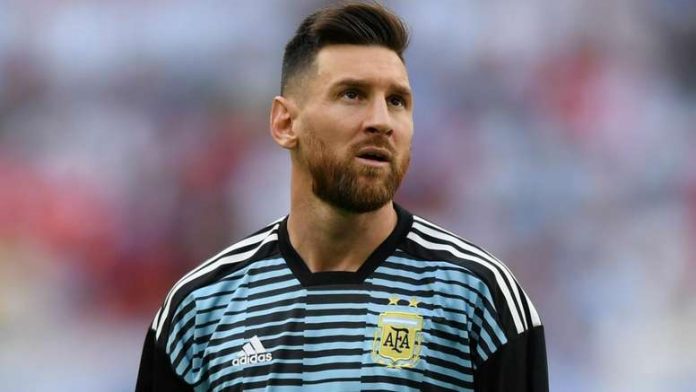 More talks are planned with Lionel Messi as Argentina try to persuade their captain to return, according to Lionel Scaloni.

Argentina head coach Lionel Scaloni has a “good feeling” Lionel Messi will return to international football ahead of this year’s Copa America.

Messi, 31, has not played for Argentina since the South American giants suffered a last-16 defeat to eventual champions France at last year’s World Cup.

Scaloni and Argentina have held talks with Messi over an international comeback and more discussions are planned following the draw for June’s Copa America in Brazil, with a friendly against Venezuela scheduled on March 25.

Speaking about captain and Barcelona superstar Messi after Argentina were drawn in Group B alongside Colombia, Paraguay and guests Qatar, Scaloni told reporters on Thursday: “We will speak with Leo in the days before the March list. When the time is right we will speak.

“I hope he can be here but more than that, we want him to be happy. I have a good feeling.”

Brazil will host the South American tournament in June, and Selecao head coach Tite wants five-time Ballon d’Or winner Messi to be there with Argentina.

Tite, whose Brazil last won the trophy in 2007 and have been drawn in Group A with Bolivia, Venezuela and Peru, said: “I want Messi and all the best athletes to come to Brazil.

“A team, to be the best, have to win with competition and overcome high-level opponents, which is why we expect Neymar, Messi, [Chile forward Alexis] Sanchez and [Uruguay star Luis] Suarez to come… And also [Peru’s Paolo] Guerrero.”

U-23 AFCON: Ghana beat Mali to qualify for semi-final