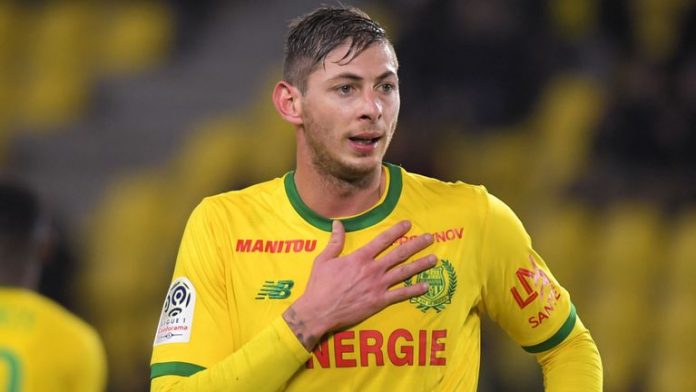 The aircraft disappeared from radar near the Channel Islands on Monday evening and rescue teams have searched the sea and coastal areas extensively since then in an effort to find both pilot and passenger.

Harbourmaster captain David Barker described ending the search as a “difficult decision”, saying that the chances of survival at this stage are extremely remote, while Cardiff owner Vincent Tan thanked everyone involved in the operation.

Mr Barker urged all vessels and aircraft in the area to be on the lookout for any trace of the plane.

In a statement released by Guernsey police at 3:15pm on Thursday, he said: “My team have just met to review the search and rescue operation which has been underway since the plane disappeared on Monday night.

“Despite the best efforts of air and search assets from the Channel Islands, UK and France, which has covered an area of approximately 1,700 square miles – with a significant amount of this searched more than once – and having examined mobile phone data and satellite imagery, we have been unable to find any trace of the aircraft, the pilot or the passenger.

“There has been over 24 hours of continuous searching, with 80 hours combined flying time across three planes and five helicopters.

“Two lifeboats have also been involved, as well as assistance from various passing ships and fishing boats.

“We reviewed all the information available to us, as well as knowing what emergency equipment was on board, and have taken the difficult decision to end the search.

“The chances of survival at this stage are extremely remote.

“Next of kin have been informed of this development, and my thoughts go out to the family of the pilot and passenger at this most difficult of times.

“This has been a very thorough and extensive search, co-ordinated from the Guernsey-based Joint Emergency Services Control Centre and has seen exemplary co-operation from all countries involved, for which I would like to extend my personal thanks.

“The final aircraft searching for the missing plane and those on board has now landed.

“Although we are no longer actively searching, the incident remains open and we will be broadcasting to all vessels and aircraft in the area to keep a lookout for any trace of the aircraft. This will continue indefinitely.”

Argentine striker Sala had been flying from Nantes to Cardiff to link up with his new club having made the switch from Ligue 1 to the Premier League for a club-record fee of £18m.

The Piper Malibu plane carrying Sala went missing near Guernsey and police and rescue teams have conducted a thorough search since then, encompassing the islands of Burhou, the Casquets, Alderney, Sark, Jersey, and the north coast of the Cherbourg Peninsula.

Rescuers chose to continue searching on Thursday but took the decision to end their search in the afternoon having found no trace of aircraft, pilot or passenger.

Sala’s former club, Nantes held a vigil in the city for the player and first-team training was postponed until Thursday, during which the players and coaching staff gathered together.

Tributes poured in from throughout the footballing world, which Cardiff owner Tan described as “truly touching”.

He added: “Monday evening’s news shook everyone at Cardiff City to the core. We were looking forward to providing Emiliano with the next step in his life and career.

“Those who met Emiliano described a good-natured and humble young man who was eager to impress in the Premier League.

“The response from the football community has been truly touching and we place on record our sincere thanks to those who have sent messages of support.

“We also thank everyone involved with the search and rescue operation, and continue to pray for Emiliano, David Ibbotson and their families.”

Cardiff chief executive Ken Choo described how happy Sala had been to sign for the Welsh club.

“I met Emiliano on Friday and he is such a great person,” Choo said. “He was so happy to join Cardiff City.

“You can see from his face that he was so happy to be here and so ready to start. Words cannot describe the look on his face when he met us and we took him around the grounds.

“He was absolutely ready to give it a go. We knew him then and we really feel sad to hear of this news because we met such a great person.”

Barcelona coach Setien: I don’t know if I’ll be in charge for Champions League