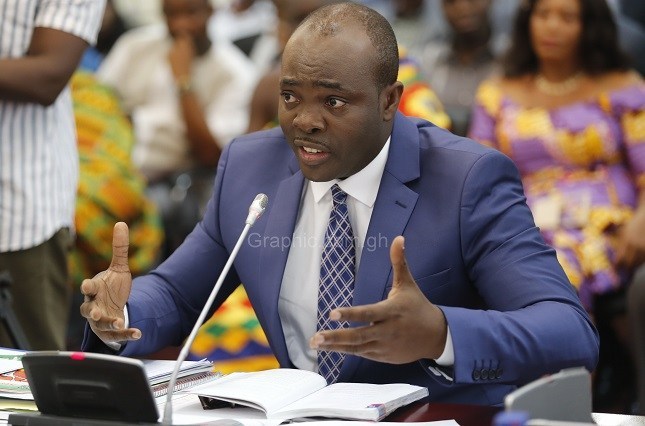 The Minister of Youth and Sports, Mr Isaac Kwame Asiamah, has assured that efforts were being made to resolve the issue of unpaid referees allowances to enable them officiate the ongoing GFA Normalisation Committee (NC) Special Competition.

Reacting to a boycott of the competition by refereees over unpaid allowances, Mr Asiamah told the Daily Graphic yesterday that his attention had been drawn to the issue and that steps were being taken to address it as soon as possible.

“The issue has come to my attention and we are making efforts to resolve it,” the Minister assured.

Further investigations by the Daily Graphic revealed that the NC, led by Dr Kofi Amoah, were locked up in an emergency meeting over the issue at the time of filing this report yesterday.

Yesterday, the Referees Association of Ghana (RAG) decided to officially suspend the services of its members from the NC Special Competition to press for unpaid allowances.

A letter dated May 6, 2019 and signed by the Deputy General Secretary of RAG, Mr Kwao Sampson, addressed to the General Secretary of the Ghana Football Association (GFA), said “after carefully deliberating on your failure to redeem your promise of paying all outstanding officiating fees owed our members before close of April 2019, we decided to call on all our members to suspend handling all football match officiating at all levels and at all league centres from tomorrow, May 7, 2019.”

“RAG is compelled to take this tough decision because several letters were written drawing your attention to the unpaid officiating allowances and other things which were consistently not attended to.

All RAG members owed are finding it difficult to travel to match venues due to the unpaid allowances.

“Apart from this, RAG National Executives also placed several calls to various executive members of the Normalisation Committee without any favourable feedback,” it added.

Clubs to pay GHC 60,000 per game for usage of stadia if football returns...