Real Tamale United talisman David Abagna Sandan will attempt to follow up his Premier League opening games heroics for the Pride of the North against an Aduana Stars side licking their wounds after one defeat and two draws in the Ghana Premier League.

Braces in the last two matches from the former Wa All Stars and AshGold midfielder and one in his debut for the club has already sent signal of his intent in this year’s campaign. The Youngster scored two to snatched the first win of the season against WAFA last Sunday. It was David’s 5th goal in just three games and sits top of the goal-king chart. 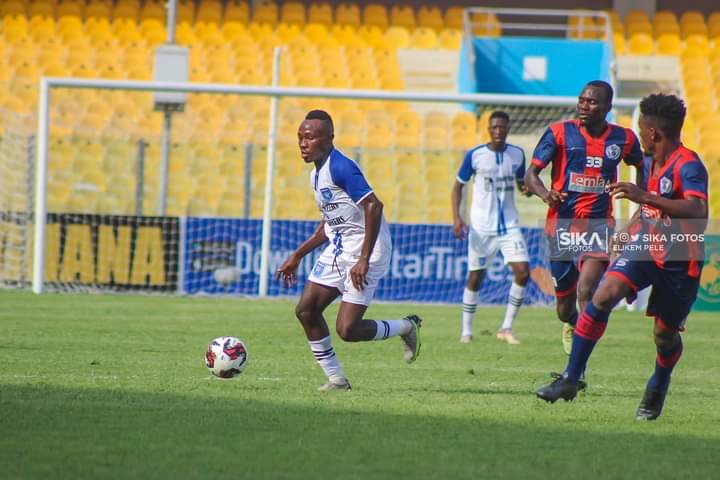 “I am very happy here, it’s a nice to have personal record,” said Abagna . “For me the most important thing is to emphasize what the team and the fans want, that’s most important to me now”

“I feel home because most of these guys in the team are players I have played with during school days and the coach is more like a father to me, so coming back to play for RTU wasn’t a difficult decision” David Abagna spoke to TV3.

Despite beating WAFA at the Aliu Mahama Sports Stadium to record their first win, RTU are not widely viewed as among the favourites to win the league but can take a big step towards that target with victory over Aduana Stars in Dormaa on Saturday.

However Abagna believes Real Tamale United would surprise many in the league with their scintillating performances. RTU will leave Tamale for Dormaa on Friday ahead of the week 4 encounter with former Premier League champions.

Man City boss Guardiola snaps back at Mourinho: Are you a doctor?

OFFICIAL: RTU condemn acts of violence by fans of BA United in Sunyani