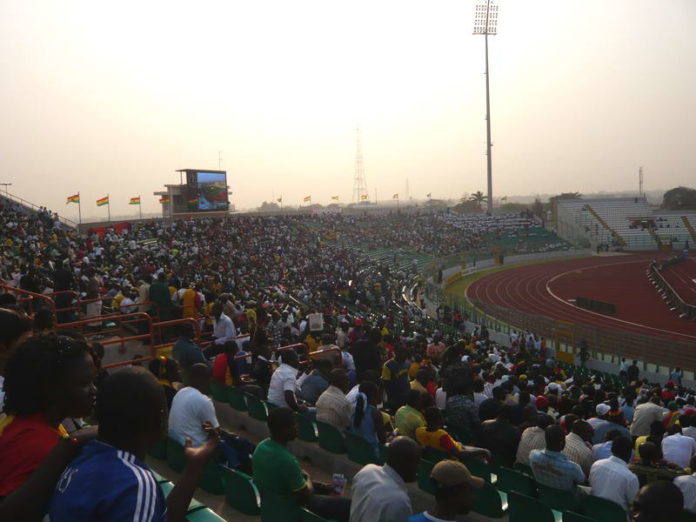 Fans of both Asante Kotoko and Hearts of Oak expressed their displeasure at the Ghana League Clubs Association (GHALCA) for calling off the 2019 President Cup.

The match — at the Baba Yara Sports Stadium in Kumasi — was called off after 10 minutes of action due to the soggy nature of the pitch following a heavy downpour earlier in the day, which made ball control extremely difficult.

According to the fans, the game shouldn’t have started, after hours of heavy rains, which made the pitch soaked and not conducive for football.

Both teams exhibited high sense of professionalism to play on the soaked pitch after officials and representatives from both GHALCA and the two clubs gave the green light for the game to kick-off, but the pitch made it difficult for the game to continue with only 10 minutes of action in the first half.

This prompted the match officials to call off the game, with a new date to be communicated later.

In an interview with some Kotoko fans after the abrupt end of the game, they blamed GHALCA for not calling the game off earlier, as the stadium was virtually empty when the game kicked off.

They said players of Kotoko stood the risk of getting injured ahead of the Confederation of African Football (CAF) Champions League against Etoile de Sahel of Tunisia at the Baba Yara sports stadium on Sunday 15th September, 2019.

To them, the game should be scheduled for after the two-legged games of the CAF Champions League game to afford Kotoko the needed time to make it up for the President’s Cup.