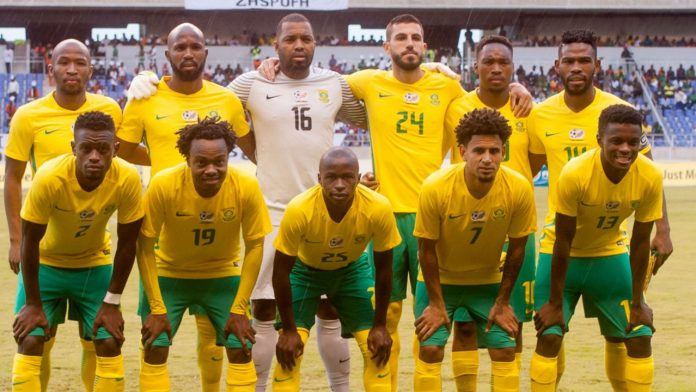 The poor quality of some stadiums leads to some curious incidents. Just before Libya-South Africa, the away team’s anthem was played off a mobile phone and a farcical situation occurred.

South Africa were the victims of a comical situation in a stadium with very basic infrastructure prior to their African Cup of Nations qualifier. Just before their last game in group 6, it was time for the national anthems. As is customary, the away one sounds first. But there was something amiss with the loudspeaker.

The first few seconds of the anthem were played, but then the vibration of the mobile phone was heard because somebody was ringing. Afterwards, a pop song sounded as well as a Whatsapp voice message. Stuart Baxter’s men were struggling to keep a straight face on the pitch. The Libyans needed to beat South Africa to qualify for the tournament in Egypt. Was this a tactic to try and distract their opponent or simply a reflection of the poor quality of the stadium and the infrastructure?

If it was a strategy, it did not work. The Bafana-Bafana won 1-2 and booked their place in the African Cup of Nations which starts on 15th June.

Lacazette excited returning to Lyon: My best decision; my love for club enough to...