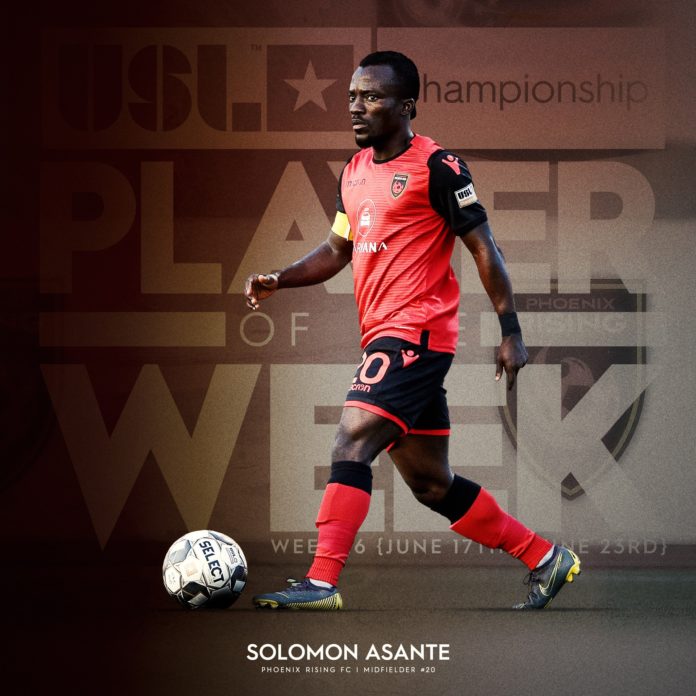 Ghana and former Berekum Chelsea midfielder, Solomon Asante continues his impressive form this season in the USL Championship, Western Conference with a brace as his side crashed out Portland Timbers 11 at home.

The Phoenix Rising FC captain has been phenomenal all season helping his side to the summit of the league table after 17 games with 35 points. The brace meant the Ghanaian is now on 12 goals for the season and also the top scorer as well.

Ghana DOL Zone 1: RTU step up preparations ahead of Kintampo FC clash on...