Two games, 11 goals and four hours of scintillating tournament football. If only the World Cup was around to brighten up every Monday.

First, Cameroon fought from 3-1 down to draw with Serbia in a six-goal thriller in Group G.

And hot on the heels of that morning treat (at least for UK viewers), Ghana went one better than their African rivals by beating South Korea 3-2 in a breathless Group H encounter.

Two matches that showcased the best of the World Cup. BBC Sport looks at how the last day of early kick-offs in Qatar threw up a couple of thrillers.

Having matches to watch just after breakfast over the past week has been a luxury. It’s just a shame the early games have largely failed to deliver.

While the first 10:00 GMT kick-off produced one of the all-time shocks – Saudi Arabia’s comeback win over Argentina – the next five yielded only five goals.

Thankfully, the tournament saved the best early game for last as Cameroon and Serbia played out a captivating, topsy-turvy draw at Al Janoub Stadium.

The World Cup often serves up a classic when you least expect it and so it proved as two teams who failed to score in their opening game engaged in an enthralling spectacle.

An hour in, Serbia were feeling pretty good about life.

While they fell behind to Jean-Charles Castelletto’s goal, Strahinja Pavlovic, Sergej Milinkovic-Savic and Aleksandar Mitrovic had put Dragan Stojkovic’s side firmly in control.

Serbia looked menacing when they attacked in numbers. With their defence crumbling and with Brazil to come in the final game, Cameroon began to fear the worst.

Then came the Vincent Aboubakar show. 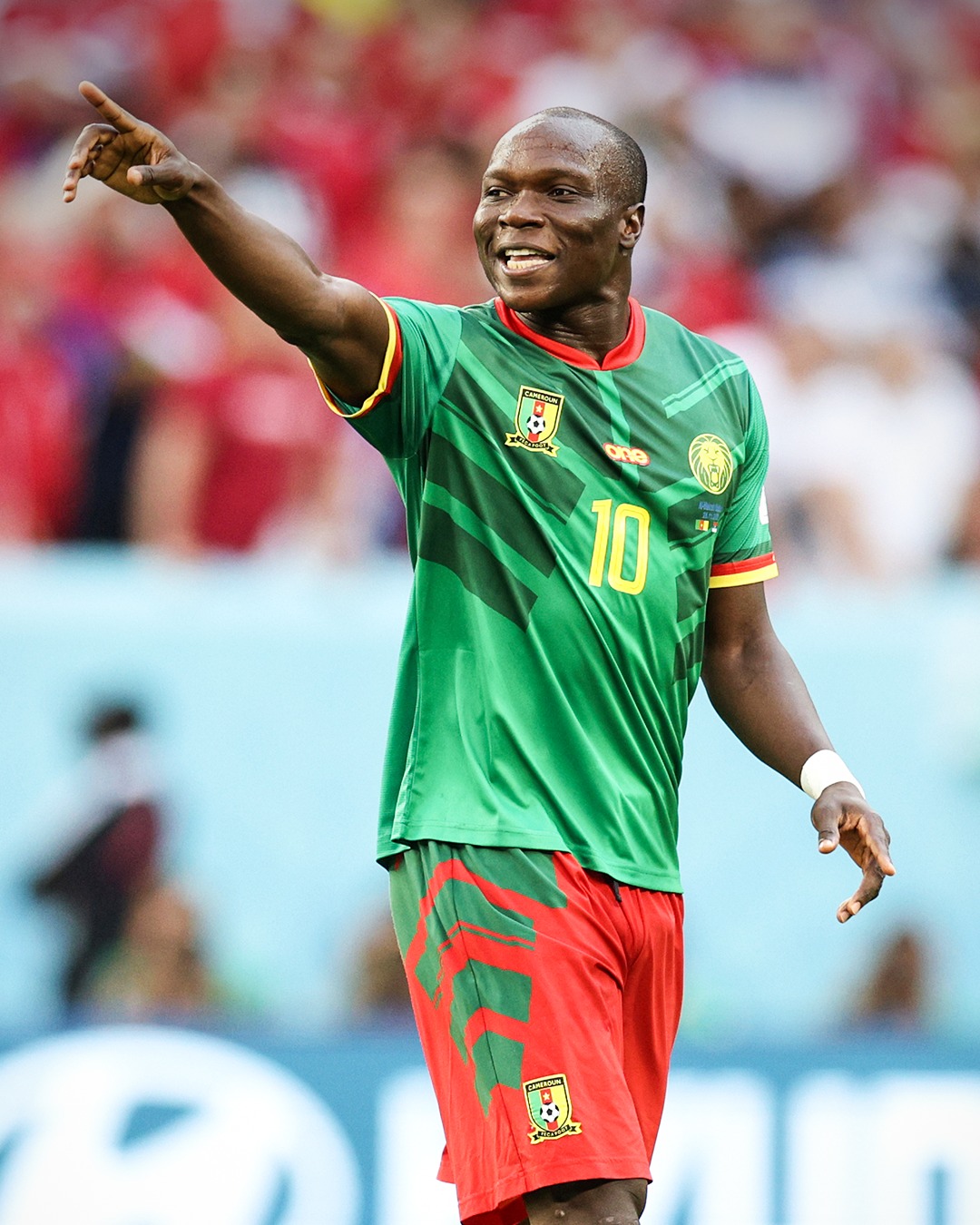 When the striker replaced Martin Hongla, two minutes after Mitrovic put Serbia 3-1 up, Cameroon were in dire need of inspiration.

And boy did he answer the call.

In the 63rd minute, Aboubakar latched on to Castelletto’s ball over the top of the Serbia defence. Bearing down on goal, the 30-year-old cut back to lose Nemanja Maksimovic before scooping the ball over keeper Vanja Milinkovic-Savic’s 6ft 9in frame.

Aboubakar’s nonchalant finish may have been a result of him thinking he had strayed offside, but when the goal was given after a video assistant referee check, any disappointment made way for a beaming smile.

Three minutes later, Aboubakar was at it again, sprinting clear of the Serbia back-line before picking out Eric Maxim Choupo-Moting for the equaliser, sparking wild celebrations among the Cameroon fans in the stands.

Serbia couldn’t believe it. Neither could Pat Nevin, who was co-commentating for BBC Radio 5 Live.

“I never saw that coming – it is absolutely staggering,” said the former Scotland winger.

“This World Cup is wild. A great contest between two different styles, I wish every game was like this.”

Nevin got his wish as Ghana topped Cameroon’s fightback by edging out South Korea in hugely dramatic fashion.

But Ghana, who lost 3-2 to Portugal in their opener, bagged all three points thanks to Kudus’ low drive and some frantic defending in a nerve-shredding finale.

To add further drama, South Korea boss Paulo Bento was sent off after the final whistle for confronting referee Anthony Taylor amid chaotic scenes that captured the stark contrast of Ghanaian joy and Korean heartache.

The Ghana players enjoyed a pre-match song as they arrived at the stadium on Monday. They probably won’t stop singing now until they face Uruguay on Friday.