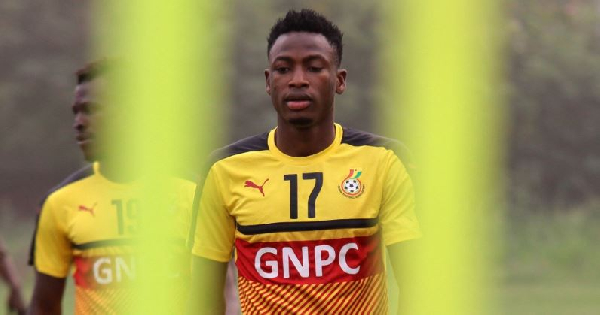 No one could have foreseen, two years ago, just how Abdul Rahman Baba’s career would unravel.

At the time, the left-back was riding high; he was beginning to pick up momentum again in the Bundesliga under Markus Weinzierl, and was fast cementing his status as the continent’s finest in his position.

Indeed, perhaps only Algeria’s Faouzi Ghoulam could match Baba back in early 2017, and the Ghanaian’s blend of athleticism and attacking prowess appeared primed to ensure a long career at the top.

Admittedly, Baba’s maiden season at Chelsea hadn’t been an overwhelming success, and the full-back was deemed surplus to requirements by incoming Antonio Conte.

The Italian coach ultimately sought the balance afforded by Marcos Alonso, whose excellent performances during the 2016-17 title-winning campaign largely vindicated his coach’s decision.

However, while Chelsea were celebrating that return to form, Baba was left picking up the pieces of his career following a devastating injury in early 2017.

His fortunates changed dramatically in the first half of Ghana’s Africa Cup of Nations opener against Uganda in Port-Gentil.

The left-back was stretchered off in the 39th minute, with Schalke later diagnosing his injury as “a complex rupture to his cruciate ligament along with tears to his internal and external cartilage.”

In the intervening years, Baba has managed just 196 minutes of league action.

He remains on Chelsea’s books, but has gone from being a 22-year-old with a few rough edges of his game to iron out, to a 24-year-old with a chequered injury record and two years of inactivity behind him.

Schalke took him back on loan in January 2018, agreeing an 18-month deal with Chelsea as they sought to play their part in the wideman getting his career back on track.

While Baba does appear to have put his injury woe behind him, he’s struggled for game time at Schalke.

“[It’s] never too late to become the best in the world,” he tweeted in September. “It has not been the best of starts to the season, but [I’m] working every minute to turn things around quickly.”

Yet the turnaround has been slow in coming.

Of the aforementioned 196 minutes, 163 have come this term—across two appearances—while he managed just 33 minutes off the bench last season.

The defender’s also yet to resume his international career, a decision he explained in June.

“At this moment, I will say no [to a return],” he told local sources. “This is because I need to have some gametime at club level before I join.

“You know Ghanaians, everyone seems to know a little about football, so whenever you play for Ghana and you make a mistake, you go to social media and you see many people talking about it.

“As a result, it’s a lot of pressure playing for Ghana so I want to be in a good state before returning,” Is there light at the end of the tunnel?

Baba made his Champions League comeback last month, featuring for 74 minutes—and catching the eye—in Schalke’s 1-0 home victory over Lokomotiv Moscow, although as we enter 2019, his future appears uncertain.

Certainly, he’s unlikely to even come close to realising his potential at Schalke considering the lack of gametime, while Chelsea are particularly well stocked on the left—with Emerson Palmieri and Alonso competing for playing time.

Fortunately for the defender, there appears to be an opportunity on the horizon in Spain.

Goal understand that both Villarreal and Girona have spoken to Chelsea to discuss the prospect of taking Baba on loan if, as anticipated, his Schalke move is curtailed.

It would be in the interests both of the Ghana left-back and his parent club to organise a fresh start for Baba, and La Liga would certainly represent that.

A move to Spain—and to a club where he would be wanted—would allow Baba to pick up momentum over the coming months as he looks to get back to his best.

Both clubs could be appealing options.

Villarreal, currently battling relegation from the top flight, may well relish the prospect of adding an attacking element to their left side to give them an x-factor ahead of some of their rivals for the drop.

Girona, by contrast, are enjoying a fine campaign are are looking like outsiders for a European berth; they would represent a low-pressure environment for Baba to rediscover the panache and proactive wideplay that once made him such a tantalising prospect.

With a full Chelsea return for Baba appearing far-fetched, the Pensioners would surely appreciate the chance to put the defender in the shop window ahead of a potential permanent move away from West London this summer.

The former Augsburg man certainly isn’t improving his value or his transfer prospects in his inactivity at Schalke.

As we approach the two-year anniversary of Baba’s career-changing injury, there’s reason for optimism that a genuine comeback is upon us.

“[It’s] never too late to become the best in the world,” Baba once tweeted, now it’s up to him to prove it.

Ronald Koeman & Barcelona: 5 things you may not know about the new coach