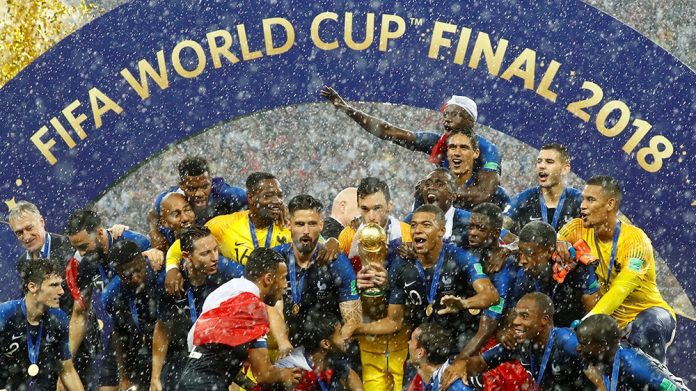 Plans to expand the 2022 World Cup to 48 teams have been abandoned by Fifa.

Fifa president Gianni Infantino said last year the expansion from 32 teams could be brought forward from 2026 to the 2022 tournament in Qatar.

The change would have required Qatar to share hosting duties with other countries in the region.

World football’s governing body said after a “thorough and comprehensive consultation process” the change “could not be made now”.

Fifa also said it explored the possibility of Qatar hosting a 48-team tournament on its own but has decided not to pursue those plans as there was not enough time “for a detailed assessment of the potential logistical impact”.

In a statement, Qatari World Cup organisers said: “Qatar had always been open to the idea of an expanded tournament in 2022 had a viable operating model been found and had all parties concluded that an expanded 48-team edition was in the best interest of football and Qatar as the host nation.

“With just three and a half years to go until kick off, Qatar remains as committed as ever to ensuring the 32-team Fifa World Cup in 2022 is one of the best tournaments ever and one that makes the entire Arab world proud.”

In November, Uefa president Aleksander Ceferin said adding 16 teams to Qatar 2022 could create “many problems” and described the idea as “quite unrealistic”.

Those close to the Qatar 2022 organisers say this is a mutual decision that realigns them and Fifa, and that they are now concentrating on delivering the best possible 32-team World Cup.

But it will also have come as a major relief to the hosts, who no longer have to worry about sharing football’s showpiece event.

Perhaps with the Nobel Peace Prize in mind, Fifa president Gianni Infantino had pushed for an expansion against Qatar’s wishes, hoping it may help heal diplomatic tensions in the region by staging some games in other countries, but he has now had to admit defeat.

With Saudi Arabia, the United Arab Emirates and Bahrain all maintaining a blockade of neighbouring Qatar, such an audacious move was never going to be straightforward.

The crisis left only Kuwait and Oman as potential co-hosts, but a Fifa study concluded that neither would meet all logistical requirements.

Infantino has previously collaborated with Saudi Arabia when proposing a revamped Club World Cup, and many suspected this was linked to his suggestion that the country could be part of the solution for an expanded 2022 tournament.

But given the condemnation that followed the murder of journalist Jamal Khashoggi at the country’s consulate in Istanbul last year, along with its role in Yemen’s bloody civil war, such a step would have sparked a major backlash from human rights campaigners, as it would have done if the UAE had been awarded games.

So while some national football associations and Infantino will no doubt be disappointed at the news, many others will welcome it.

Why does Fifa want to expand the World Cup?

In January 2017, Fifa voted unanimously in favour of increasing the World Cup to 48 teams for the 2026 event – which will be held in the United States, Canada and Mexico.

In October 2018 Infantino said “we have to see if it is possible” to bring the expansion forward to 2022.

Infantino has been a strong advocate of the expansion and said the World Cup has to be “more inclusive”.

“It is the future. Football is more than just Europe and South America, football is global.”

The expansion in 2026 will see an initial stage of 16 groups of three teams precede a knockout stage for the remaining 32.

The number of tournament matches will rise to 80, from 64, but the eventual winners will still play only seven games.

The tournament will be completed within 32 days – a measure to appease powerful European clubs, who objected to reform because of a crowded international schedule.

JUST IN: Kotoko Drawn in Group C against Zesco, Nkana and Al Hilal in the CAF CC

Phil Foden and Raheem Sterling set to start for England against Croatia in Euro...