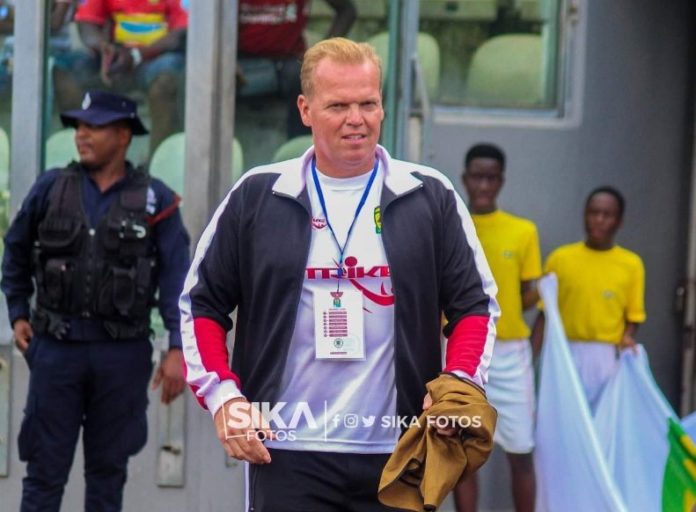 Kumasi Asante Kotoko have reportedly reached an agreement with their Norwegian trainer, Kjetil Zachariassen to go their separate ways.

The coach has been under increasing pressure to resign since the team’s below par performance against San Pedro Sc that led to their elimination from Caf’s second tier competition.

According to Kumasi Fm, the Kumasi based club has reached a mutual agreement with coach Kjetil Zachariassen to go their separate ways after his teams poor showing and an apparent break down in their relationship.

Kotoko will pay the coach’s 4 months salary as termination clauses with in his contract stipulates.

The coach Kjetil Zachariassen and his agent Charles Kouadio are expected in the country within the coming days to ratify the agreement.

Following Kotoko’s elimination at the hands of Ivorian side San Pedro Fc, the club has seemingly been at loggerheads with the coach.

Zachariasen was not part of the team that returned to Ghana with the club apparently telling him they could not guarantee his safety according to his agent.

The Norwegian was appointed in July this year and barely four months into the job he has been shown the exit out of the club.

See also  Tamale: Ahead of the Annual PFAG fun games, Media 11 lose 2-1 to coaches in a warm up game

The speed at which Kurt Okraku is moving, he will exceed his manifesto promises – Albert Commey

LIVERPOOL: Joel Matip has declared himself available for Sunday’s trip to Manchester United