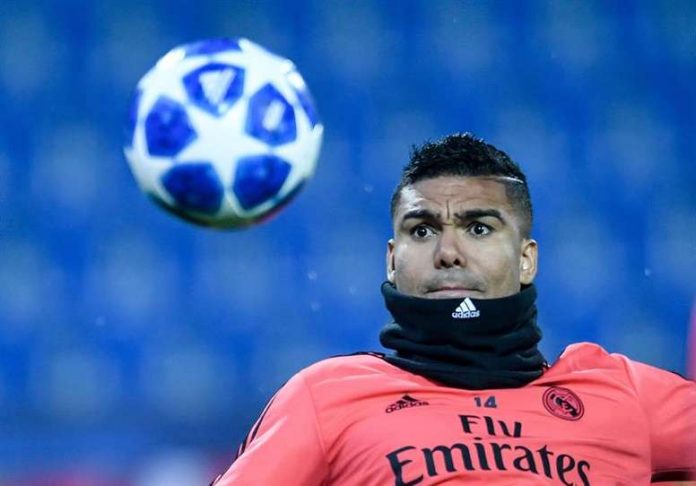 Carlos Henrique Casemiro spoke about Sergio Busquets as well as a host of other players when revealing who he thought were the world’s best holding midfielders. It is a position that has long been underappreciated by football fans, but is becoming increasingly valued in the modern climate.

While some believe Casemiro himself to be the world’s best defensive midfielder, others side with Sergio Busquets – it often depends on which side of the Madrid-Barcelona divide you lie. And Casemiro has recently given his opinion when speaking to ‘Esporte Interactivo’.

Although he makes clear that he has always wanted to be seen as a reflection of Zinedine Zidane – his manager until the end of last season – he also takes inspiration from other players to make sure he continues improving year-on-year.

“Busquets is one of the best in his position, he has that ‘teamwork’ characteristic. He’s one of the top three in the world. Kante is another great player, as are Paul Pogba and Jorginho,” he revealed.

The Real Madrid and Brazil star believes the position of holding midfielder has taken on much greater importance in recent years, and admits he has been a great beneficiary of this change in perspective.

He also went on to speak about compatriot Vinicius Junior, saying he hopes the young winger can continue improving at the rate he has so far this season.

‘This is a day to forget but we have to focus on next game’...