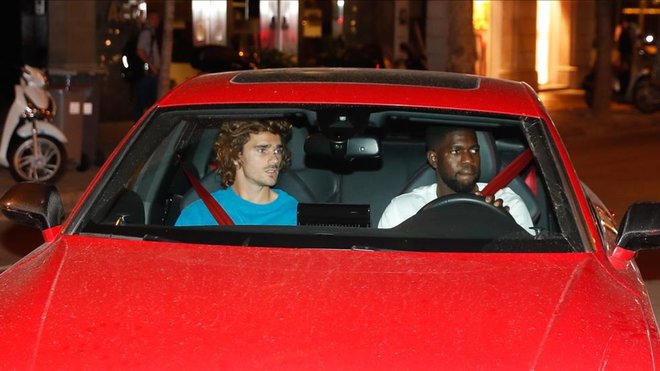 As has been already reported on Wednesday by Diario AS, Barca players have met up for a dinner on Wednesday to discuss the crisis that has hit the team at the start of the current season.

Marca add that the event has been organized by Leo Messi – and not by Gerard Pique as has been reported earlier – and took place at the Sir Victor hotel in the city of Barcelona. Leo was the first to arrive, as well.

Interestingly, the coach Ernesto Valverde was also present at the event. But the most surprising guest was probably MotoGP rider Marc Marquez. However, Diario Sport claim that his appearance was just a coincidence and he came there separately.

Antoine Griezmann  arrived with Samuel Umtiti, while Gerard Pique and Marc-Andre ter Stegen has also arrived together.  All in all, the whole Barca squad has been present.

Allegedly, the players have discussed the current situation at the club. The team is experiencing the worst start in the league in the last 25 years. Out of six games of the 2019-20 campaign, Barca have won only three, all of them at Camp Nou. The last time Blaugrana won an away match was back in spring.

Diario AS also adds that this is the first time the players will meet for dinner since the infamous Liverpool elimination. The meal has begun at the same time Real Madrid were playing Osasuna so Barca players didn’t see the game.

Africa Cup of Nations 2019: Nigeria and Tunisia are seeking the bronze medal

Ghana Women’s Premier League clubs to have one female in coaching staff from 2021/22...