Sports24online
Home Sport Today Ghana ‘Strength, Courage and Leadership’ – Ghana arrive in Doha for World Cup...
Facebook
Twitter
Pinterest
WhatsApp
The Black Stars have arrived in Doha for the FIFA World Cup Qatar 2022 finals after training in
Abu Dhabi where they played Switzerland in an International friendly on Thursday.
The team departed Abu Dhabi, UAE Friday afternoon and touched down at the Ahamd
International Airport in Doha at 6pm local time. 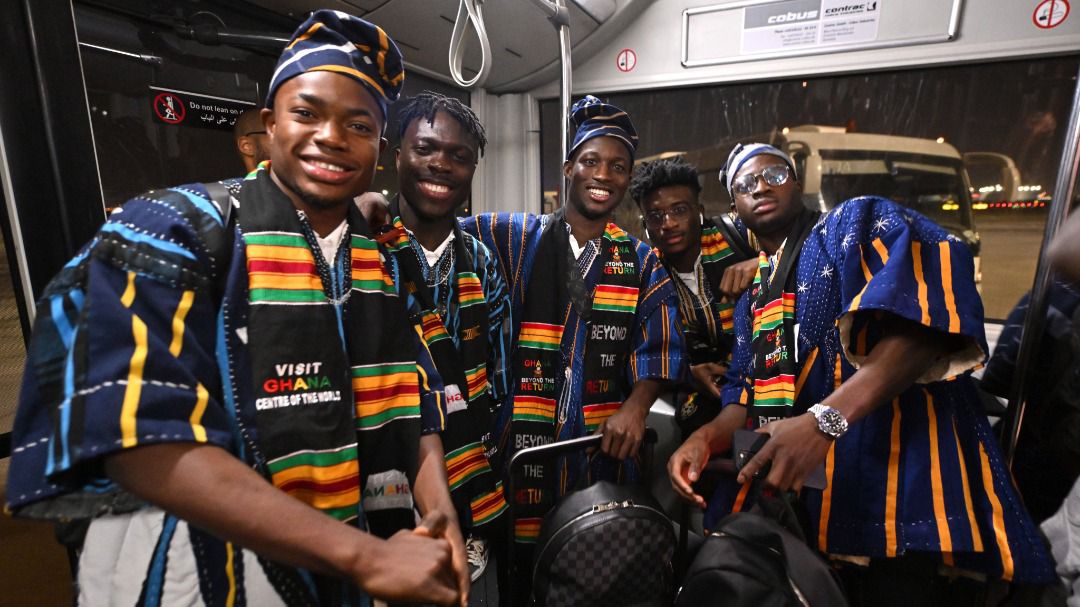 The players were cladded in colorful smocks and were met by officials of FIFA and the Local
Organizing Committee (LOC). 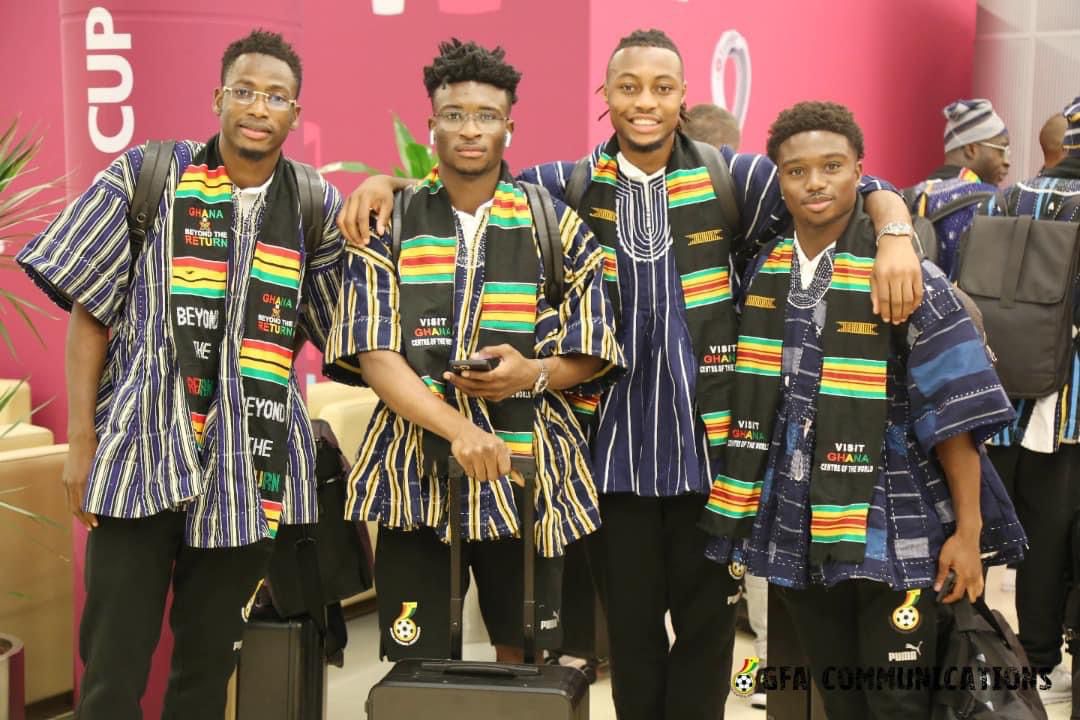 Ghana will for the 4th time play in the FIFA World Cup following appearances in 2006 (Germany), 2010 (South Africa) and 2014 (Brazil).
The Black Stars will compete with Portugal, South Korea and Uruguay in Group H. 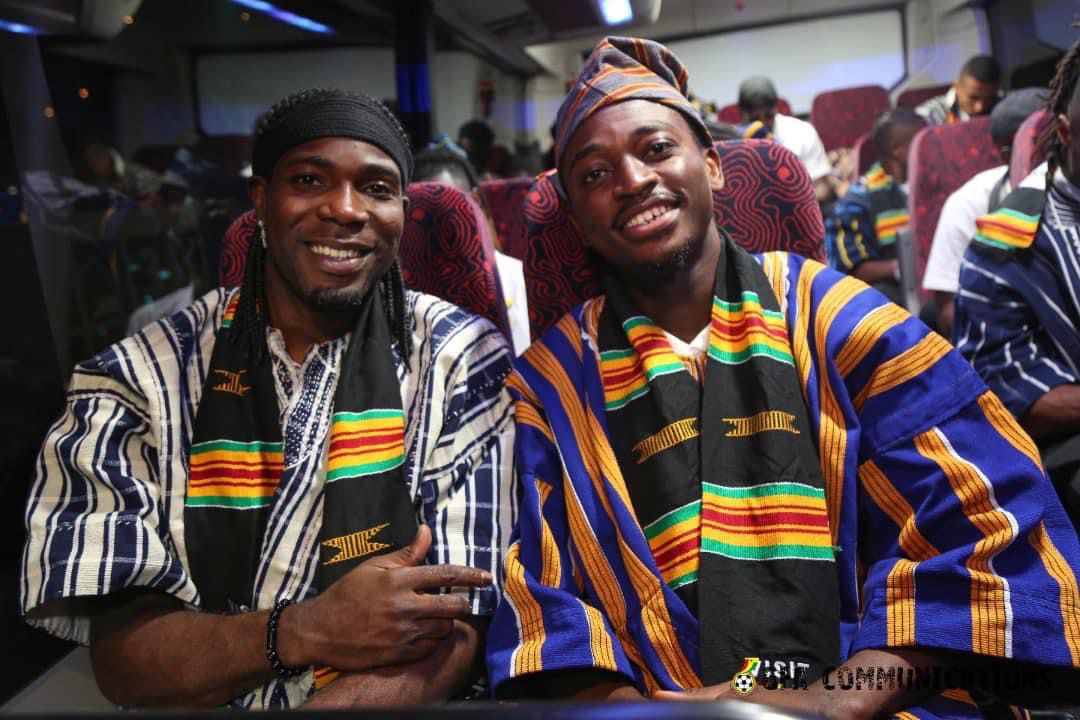 Ghana is a nation with a variety of cultural traits. Our geography primarily determines our culture. 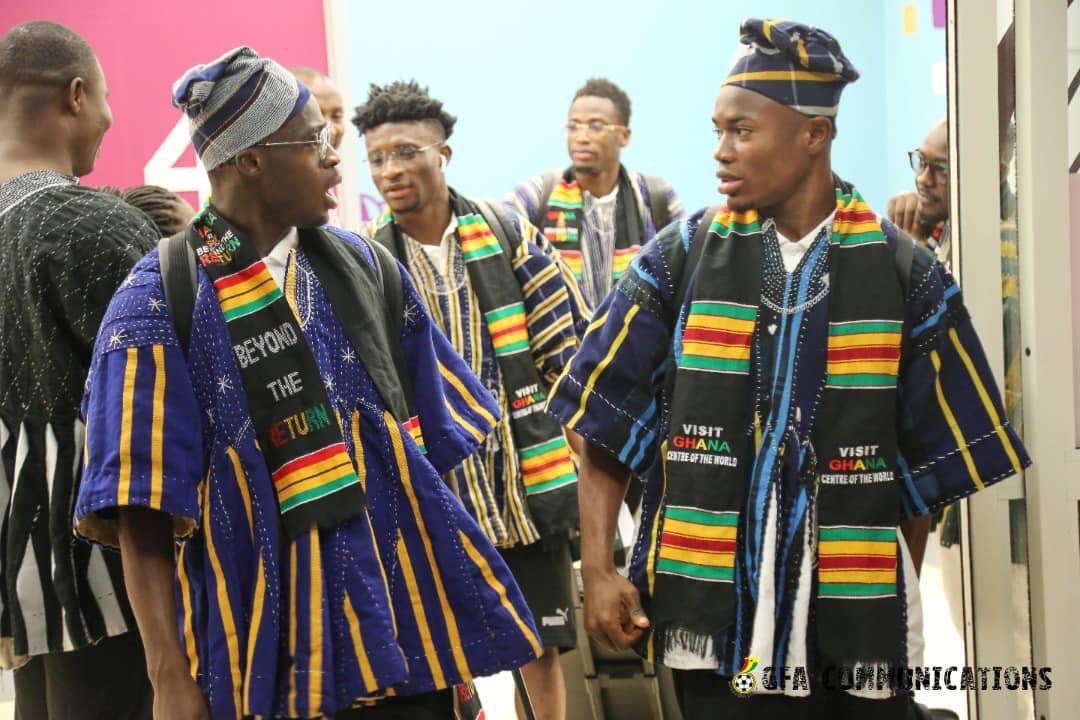 The smock – Fugu – is a dress code attributed to the people of Northern Ghana. It is worn on solemn occasions and represents strength, courage, and leadership. 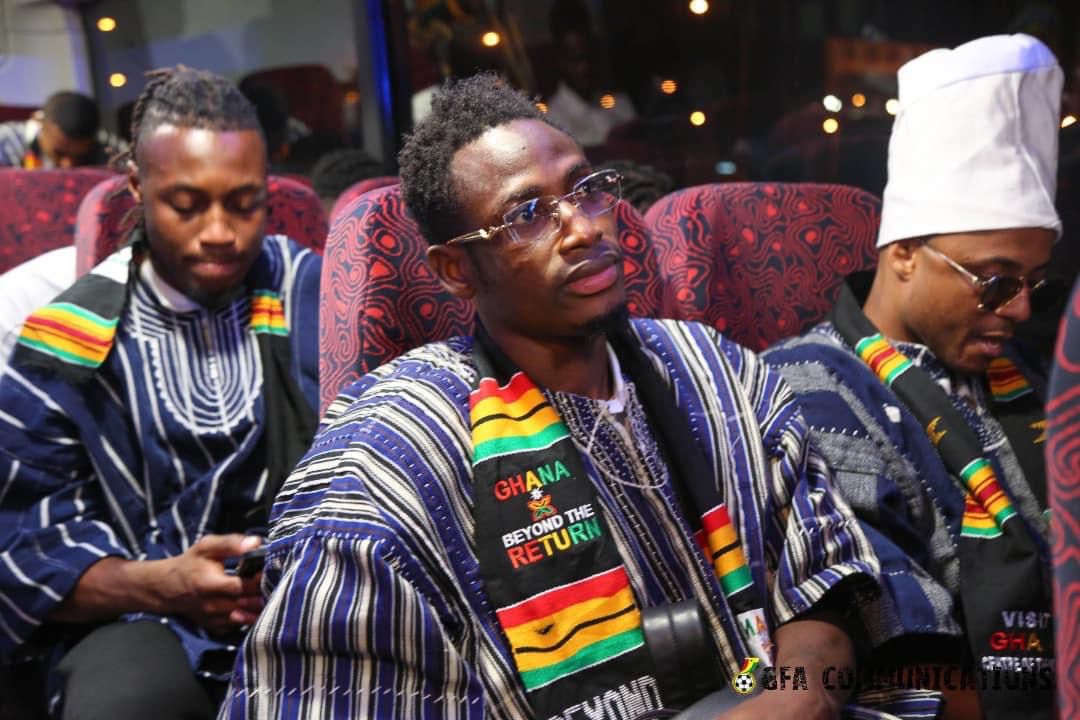 Nations League Draw: England to face Germany and Italy, Wales vs Belgium and the Netherlands