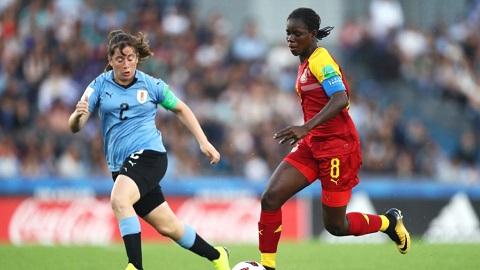 Black Queens head coach, Mercy Tagoe-Quarcoo, has named her final 20 players for this year’s West Africa Football Union (WAFU) Zone B tournament scheduled for Abidjan, Cote d’Ivoire, from May 8 to 18.

Coach Tagoe-Quarcoo picked her team from 25 players who had been in camp in Cape Coast, having earlier dropped five players from the original 30 last week.

The final list confirmed Graphic Sports’ prediction last Monday of the probable squad, except for Evelyn Owusuaa who missed out.

The final list has all the 11 players who featured for the Queens side which won the 2018 tournament in Abidjan, with goalkeeper Fafali Dumehasi set to be handed the No.1 role.

Explaining the choice of the final squad to the Daily Graphic, the coach who led the Queens to win the maiden tournament last year, said the players had been chosen due to the skill, talent and experience they would bring to the team.

“We wanted to take 21 players to Abidjan but the tournament rules allow for only 20 players.The final list selected is made up of players who have the experience, drive and talent to help us retain the title we won last year,” she revealed.

The Queens are scheduled to leave for Abidjan on Friday and begin their title defence on May 9 against Mali in Group B, which also has Nigeria and Niger.

U17 AFCON – Fabin: Let’s consider an increase to 16 teams

SHOCKING VIDEO: Professional boxer ran for his life after hearing his opponent is from...