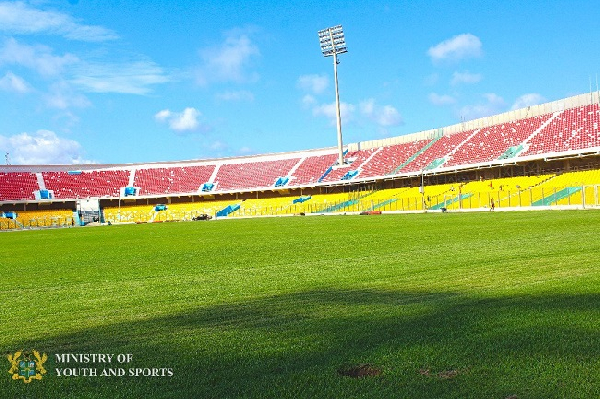 Ghana’s U-23 side, the Black Meteors will face Gabon’s U-23 in the first leg of the CAF U-23 AFCON qualifiers at the newly-refurbished 40-seater stadium on the Saturday afternoon at 15:00GMT.

Kwesi Appiah’s team have already booked their place for Egypt 2019, following the elimination of Sierra Leone from the qualifying series after their ban from all football activities by FIFA for government interference.

Ibrahim Tanko’s Meteors side are chasing qualification to the competition for the first time. They eliminated Togo 5-2 on aggregate in the previous round and success over Gabon over two legs will qualify them to the 8 team tournament to be hosted on 8–22 November 2019 in Egypt.

The nation’s main sports stadium has not hosted the Black Stars since March 2016 when they beat Mozambique 3-1 in an AFCON 2017 qualifier.

This is Beautiful: LaLiga expresses how they miss Michael Essien in Twi and pidgin