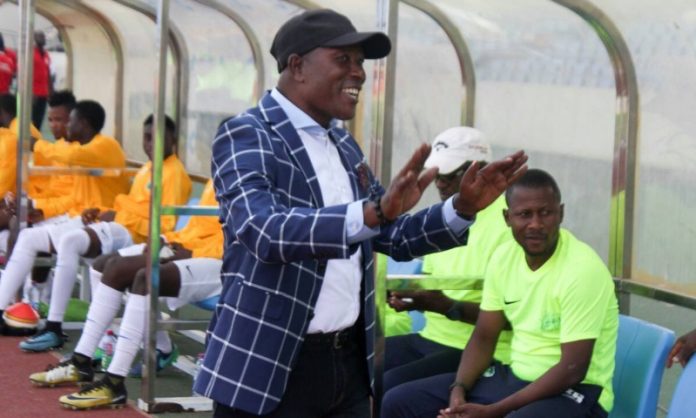 The former Player and the current Technical Director for Dreams fc Karim Zito has expressed his excitement for Kotoko after their victory over Nkana fc in the CAF Confederation Cup game yesterday at the Baba Yara Sports Stadium.
In an interview with ISAAC OWUSU ANSAH (IKE) on Ashh 101.1fm Super Sports Show, Coach Karim Zito couldn’t hide how happy he was for Kotoko and their Head coach CK Akunnor for their performance in their game against Nkana fc last Sunday.
In an enjoyable mood,Coach Karim Zito said the following words to the Coach, playing body and the supporters for lifting the image of Kotoko higher;
“I’m very much excited with the performance of the team yesterday because the players did very well and went into the game with a winning mentality”
“It was a phenomenal character from the team and a change of attitude that resulted in our victory over Nkana fc”
“The pairing at the back yesterday limited the mistakes and that tells you that CK Akunnor is a listening type of coach…I am very proud of him”
“We must be able to possess the ball more though the possession was good but every player on the field must be his brother’s keeper and I know that will take the team higher”
“There is no book in football that says we don’t change a winning team but the opponents will determine the type of players to use for a particular game”
“I will thank all the supporters for supporting the team and it  remembered me of our days at Kotoko”
Coach Karim Zito expects to see an upgraded performance from the Technical team and the playing body in their next games and he wishes Kotoko well to lift the ultimate after the Competition.
Story by EUGENE KWAME ANANE(ASHH FM)
See also  CHAN2020: Niger held by Libya in Group B opener