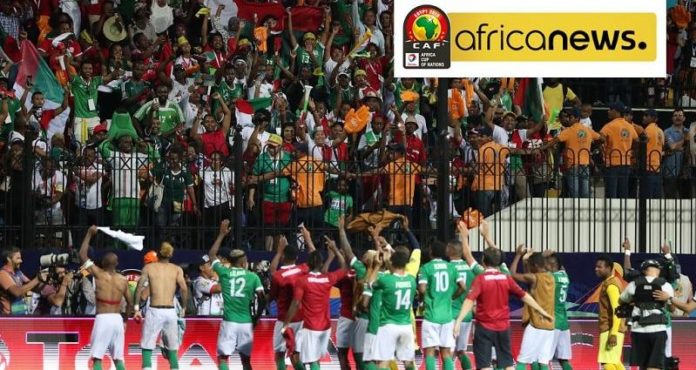 Roll on the years, Africa’s biggest showpiece the African Cup of Nations, AFCON, has produced a side that is on the upward trajectory, the Barea of Madagascar.

Fifteen years ago, the Greek national team did the unbelievable when they won the European Championship, Euro 2004.

They defied all odds including beating the hosts Portugal en route to what was tagged one of the biggest shocks in football history by the BBC.

“The Greeks made it a double over Portugal after beating them 2-1 in the opening game of the tournament.

“And few could begrudge them their joy after they also beat holders France and the free-scoring Czech Republic,” the BBC report said.

Roll on the years, Africa’s biggest showpiece the African Cup of Nations, AFCON, has produced a side that is on the upward trajectory, the Barea of Madagascar.

Malagasy president, Andry Rajoelina, who was in the stands in their round-of-16 game against the Democratic Republic of Congo, DRC, said after the game that the team was destined to win the trophy.

Currently they have qualified for the quarterfinals stage. Mind you this is their first appearance at the AFCON, a tournament they qualified for last year with matches to spare.

They topped Group B doing so by defeating three-time champions Nigeria in the final group game. They had drawn against Guinea on the opening day before beating Burundi by a lone goal. Seeven points and five goals secured them top spot.

And with the top spot, a date with DRC who had qualified as a third best placed side in group A. Despite twice going ahead, the Congolese pegged them back. The Barea prevailed after extra time and via a series of expertly executed penalty kicks.

The team’s confidence has been growing since the two-all draw against Guinea. A date with Tunisia will be one more step in their historic run.

For now, French-man Nicolas Dupuis and his charges continue to wow football fans across Africa with their discipline and displays on the pitch whiles Antananarivo and other cities will sure give them a heroic welcome irrespective of what happens beyond the round-of-16.

Real Madrid grinds out a victory over Sevilla to end a three-game winless run...