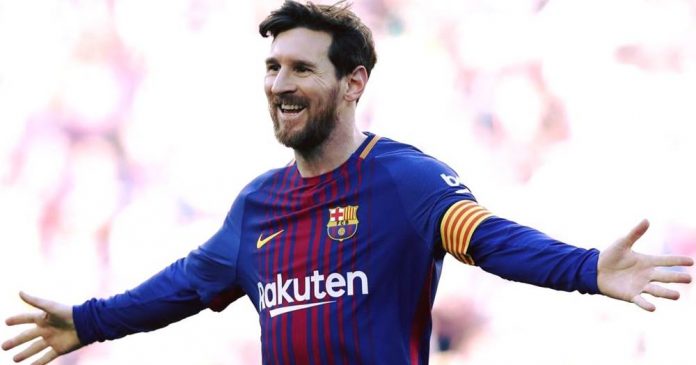 According to highly influential French newspaper L’Equipe, Lionel Messi earns more than any other football player in Europe, including even his own long-time rival, Cristiano Ronaldo. In fact, the Blaugrana marksman edges over his Juventus counterpart by over £3 million per month.

L’Equipe release their annual report of the top football salaries and Messi leads the way with a huge gap over the other candidates – the Argentine earns £7.3 million ($9.5m) a month before tax.

Ronaldo, meanwhile, is only second with a salary of £4.1m, just over half of Messi’s.

The most recent World Cup winner with France, Antoine Griezmann completes the top three as he now earns £2.9 million per month thanks to a new bumper contract he signed with Atletico Madrid in summer while snubbing Barcelona in the process.

Ex-Blaugrana man Neymar is only fourth which is rather surprising. The Brazilian pockets £2.7 million a month.

Next come the La Liga trio of Luis Suarez (£2.5 m), Gareth Bale (£2.2m) and Philippe Coutinho (£2m). As we see there are two Barcelona players compared to Real Madrid’s only one, the misfiring Welsh attacker.

Just two players from the top 10 come from the Premier League – these are Alexis Sanchez (8th) with £2m and Mesut Ozil (10th) with £1.4m. Just like Bale and Coutinho, the duo are also enduring a tough period at Manchester United and Arsenal respectively,

Finally, the top 10 is rounded up by another Paris Saint-Germain star and 2018 World Cup winner, Kylian Mbappe with £1.5m. He comes ninth, sandwiched between the Premier League stars.

As we see, there are no Bundesliga players in the top 10 of the highest paid footballers. Robert Lewandowski misses out on the top 10 with a £1.2m monthly salary.

Will Messi earn even more? It seems that his Barcelona contract won’t be renewed in the near future, as the club’s president Josep Maria Bartomeu has recently revealed, as per Cope: “Of course, we want Messi to remain and play at the club for many more years. There are two more years on his contract but if you look at his performances, it is natural we want that to continue much longer.

“But he is a very intelligent person and will not rush into anything, we know he feels good at the moment and when he wants to renew, we will talk – we will do it when the time is right.”