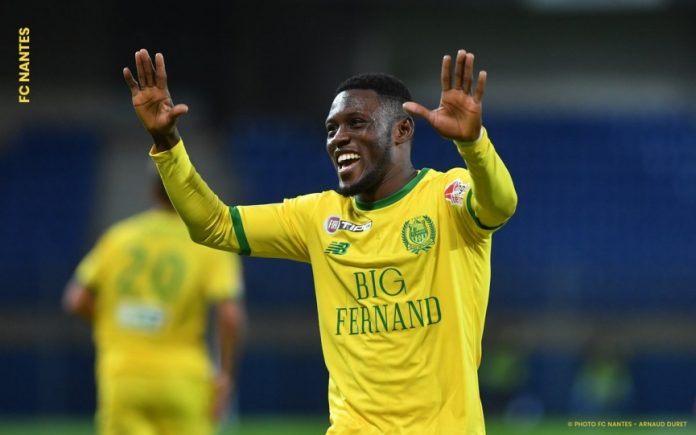 Ghana striker Majeed Waris was on target for his club FC Nantes when they beat Montpellier 2-0 in the French Ligue 1 on Tuesday night.

The 27-year-old fantastic opener for Les Canaris on the 62nd minute proved to be key as they beat Montpellier 2-0 at the Stade de la Beaujoire.

Warris impressed greatly before making way for Samuel Moutoussamy in the 87th minute.

The win moves Nantes to the 11th position on the league log with 23 points after 18 games.

The 27-year-old broke his scoring duck in October during Vahid Halilhodzic side’s 3-0 thrashing of Montpellier in the French Cup.

Waris goal marked his third goal of the season in 17 appearances for the French club and has an assist to his credit.

AFCON 2019: Egypt’s largest stadium will not be part of the match venues