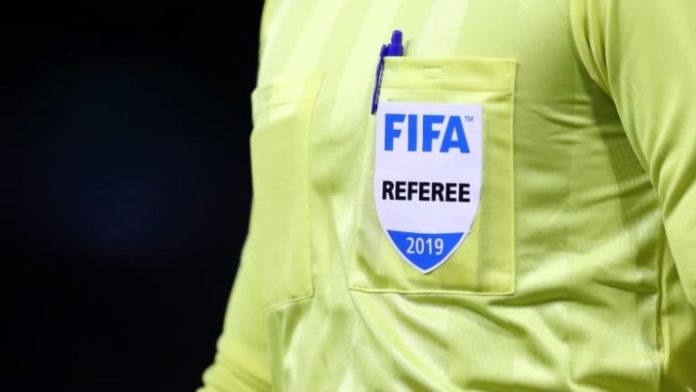 One key stakeholder in the game of football is the arbiter popularly known as the referee. According to the FIFA “each match is controlled by a referee who has full authority to enforce the Laws of the Game in connection with the match to which he/she has been appointed”. In simple terms the referee has authority to enforce the laws of matches. Their decisions are said to be binding and final. Decisions reached either positive or negative can affect the match and the atmosphere not forgetting the events that can follow.

During the #12 aired by AAA it was very crystal clear how the conduct of referees affected results of matches either for good or bad reasons. Coming from the back of such a disaster, the new GFA administration may resolve to nib in the bud the chaos that characterized the past syndrome of poor, low quality of refereeing in our Ghana leagues that resulted in Ghana not having representatives (referees) at international tournaments.

To situate the topic in context, one will like to concentrate on the possible solution(s) to improve upon the major cause of poor officiating. Not forgetting that, poor officiating was caused by many factors but according to most referees, key amongst their problems was lack of money to cater for their transport, accommodation and feeding. This led them to begging and borrowing from family and friends and mostly from football administrators or club owners. The idea to take them through integrity test is good but far from achieving its intended purpose if they cannot travel to honor the matches without funds (help).

See also  Hazard at Real Madrid: Breaking down how he & Zidane will succeed together

Since there are many ways of resolving this challenge, our school of thought holds the view that the following can be done to resolve it or minimize the challenge.

The PLB should use the RFA’s and the DFA’s where necessary or the Regional or district RAG officers as the moving vehicles to perform the following.

Each selected referee should be asked to fill a transport form, where he shall indicate the lorry fares to the main regional capital transport terminal and this can be verified by the PLB, RFA, DFA and RAG. The information can be synchronized into a national transportation fares synergized data. Further information on fares from main terminals to the stadium and hotels will also be collected and verified.

The RFAs, DFAs and RAG shall be made to identify at least 3 affordable suitable hotels within the towns or nearby towns where the certified stadiums or parks are located and the information should be verified. An agreement is entered with the hotels and their monies paid to them within 3 days of utilization of the rooms. The monies will be paid through an agreed mode convenient to the hotels.

All the referees should be made to provide at least two MoMo contacts on the transport form they are to fill. Major MoMo vendors can also be identified to provide ready cash for those who do not have access to their own MoMo or as a backup for emergency situations. The RFA secretaries can also play same roles as the vendors.

With all these done amongst others, when a referee is appointed to officiate a match, the transport fare (to and fro) and feeding is calculated and sent through MoMo immediately. This will reduce drastically the need to look for money to travel leading possibly to inducement of the referee. With this the clubs do not get the interface with the referees until pre-match. The confidence level of the referee will be very high going into the match as he owes no one any favour because he/she was given accommodation or transport or feeding.

The agreed allowance due them is paid to them either at the end of a month or accumulated and given them as agreed with them. As eloquently stated above, this cannot be the final panacea making the referee an angel since they are human and can still make errors.

But least I forget, the well beefing of the grounds by security is also another corner flag very much needed. At least 10 security personnel detailed for only the protection of the referee will also go a long way to boost their confidence and high quality performance delivery.

A juicy award system for referees and an independent jury over their performance in matches can also be a sure way to getting them to do their best to allow the best teams on the pitch win or draw. Wishing the referees all the best.

Lawyer: Chelsea will have to loan Ziyech back to Ajax

Sports24online - March 31, 2020 0
Chelsea agreeing to loan Hakim Ziyech back to Ajax is a likely solution to enable him to finish the season in Holland. With Ziyech due...

“Players don’t want to play for Ghana because of Juju”- George...

NRFA train club IT Officers across the region on player registration...