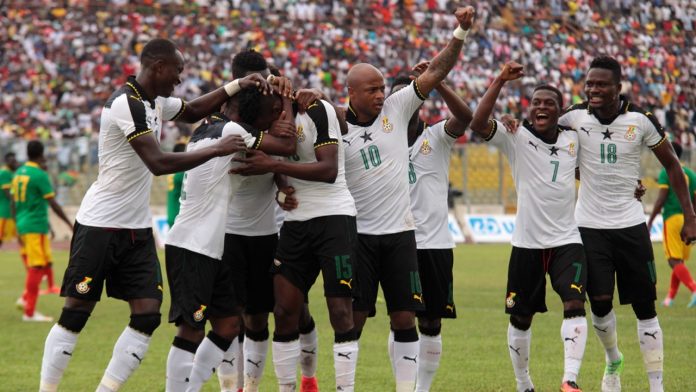 Ghana have fallen by one place on the Fifa World Ranking.

Announced on Thursday, February’s release sees the Black Stars move from the 51st spot to the 52nd position, although their total accumulated points of 1412 from last month remained unchanged.

Ghana’s last international game came in November last year when they handed Ethiopia a 2-0 defeat in the 2019 Africa Cup of Nations qualifying.

Back to the world table, there was no movement into the top 20.

Ghana’s highest ever performance since the ranking’s introduction in August 1993 remains a 14th place finish in February 2008, while their worst placement was an 89 position reached in June 2004.

The Black Stars do not return to action until March when they host Kenya on the final matchday of the 2019 Africa Cup of Nations qualifying.
The next edition of the ranking will be released on April 4.