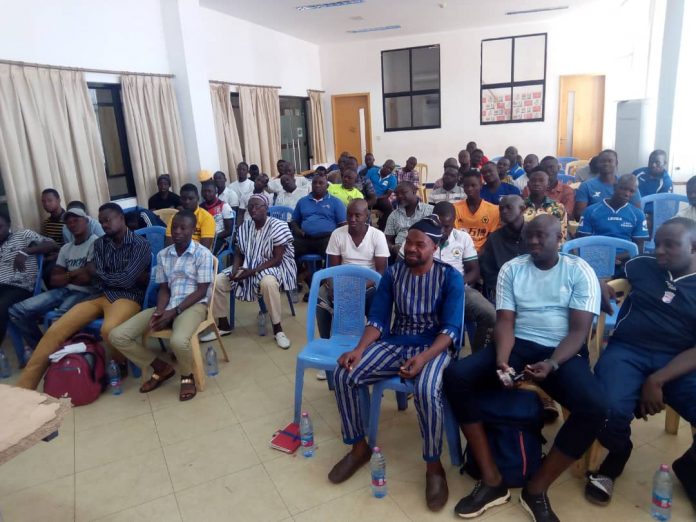 The National Juvenile Committee headed by President of the Ghana Football Association, Mr Kurt E S Okraku has tasked the Regional FAs to organize Gala competitions to generate excitement ahead of the start of the league season.

Stakeholders at the meeting included the Regional Football Association, the GFA Technical Directorate, a representative from the National Physical Education Sector of the Ghana Education Service and the IT department of the GFA.

Key among the issues discussed at the meeting included how the RFA and the District offices would work for effective youth development, how the GFA and GES can collaborate and run an effective Juvenile system among others.

” FIFA now recognises U-15 and U-17 so for this season we start it from there but for those who have U-13 it is optional and we have decided we will play the U-13 for the first round” Rhyzo indicated.

Though the league is expected to start on the 28th February, 2020, Alhaji Abu Hassan Rhyzo said the RFA will organize a successful Gala competition to herald the new season.