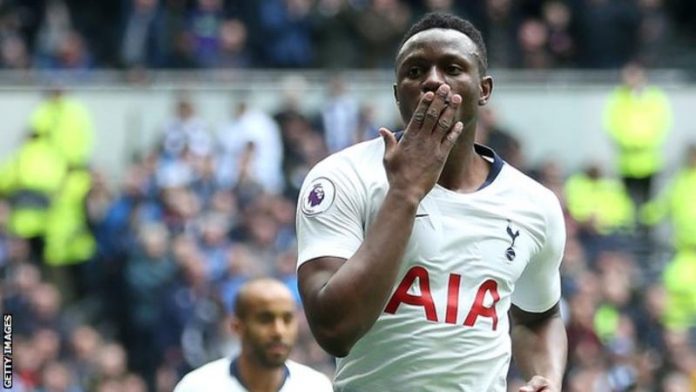 Kenya captain Victor Wanyama says the Harambee Stars have not set themselves any targets for June’s Africa Cup of Nations finals in Egypt.

The Tottenham midfielder and Kenya will face Senegal, Algeria and neighbours Tanzania in Group C at the finals.

The Harambee Stars failed to get past the group stage at their last Nations Cup appearance in 2004.

“We don’t have targets, we just have to work hard game by game and make sure we can collect points,” he told BBC Sport.

“There’s no one to underestimate because when you make it to AFCON, you have to be a good team so we are in a tough group. Hopefully we can try and work hard and go through.”

Wanyama is also relishing their clash with Tanzania on 27 June at the 30 June stadium in Cairo.

“I know it’s a big derby, so they are our brothers, so it will be tough as well and we are looking forward to the challenge.

“I think it’s good, it’s a great achievement for me to be able to lead my team into the Nations Cup this year and we just want to go there and enjoy ourselves and try and give the best performance we can give.”

Kenya’s first match is on 23 June against Algeria and they complete their Group C campaign eight days later, both games are at Cairo’s 30 June stadium.

ROUND UP of GPL Week 2 – Dreams down Medeama, Chelsea, Faisal and Liberty secure late draws