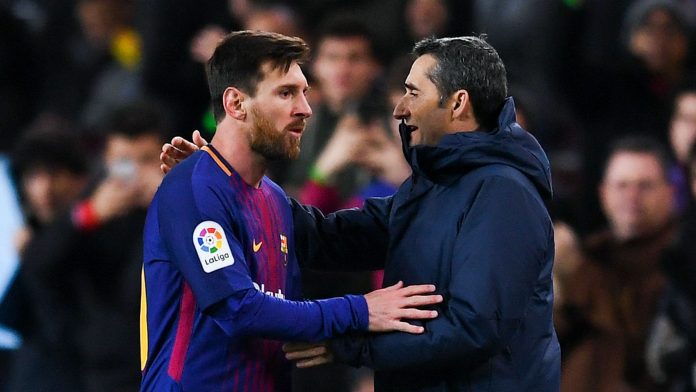 In an interview with AFP, Clement Lenglet spoke long and hard about the ‘Clasicos’ against Madrid that are right around the corner. The Frenchman showered his teammate, Lionel Messi, with compliments.

“There is only one Messi“. He is capable of scoring all on his own, both in training and in matches. We know that “we have an advantage” with him, explains the French footballer.

Lenglet said that Barcelona are well aware that they have a footballing treasure within their ranks. “We try and use him as often as possible. Messi gives us the edge“, he continued.

Outside of football, Messi is a reference point and a source of wisdom for others in the dressing room. “He is a technical leader when it comes to footballing experience. He watches so many matches, he is an expert on all styles of play and understands the game to perfection. When Messi gives you advice, you listen. He always steps up to say relevant things. His analyses are always great”, Lenglet explained.

He also spoked about the upcoming matches against Real Madrid. Barca will first face Los Blancos in the Copa del Rey before confronting them again in the league. “Every game is different. I don’t think the first result has an impact. When there are two matches in the same week against the same rival it is never the same. But I hope we win both and there won’t be any problems“, he said smiling.

He did admit, however, that these clashes aren’t just another match. “They are different because of the impact they have on a global stage. Every player on the pitch is world class“, he explained.

Lastly, he spoke of Barca’s rival Real Madrid. “Madrid is a team which has won three consecutive Champions League titles. With Solari, who has changed the dynamic, results are better. They have more confidence. We have to be careful with Madrid“, he concluded.