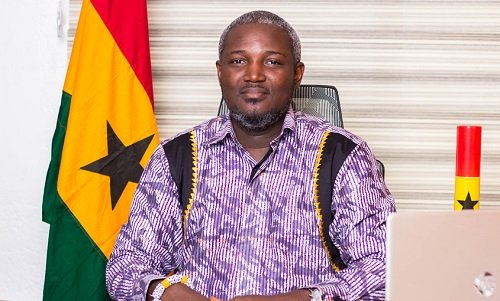 Deputy Sports Minister, Perry Okudzeto, who also doubles as Black Stars Management Committee member says government will do its part in providing the best of preparations for the Black Stars ahead of this year’s Africa Cup of Nations to be staged in Egypt in June.

Ghana have been paired alongside defending champions, Cameroon, Benin and Guinea-Bissau in Group F and will be based in Ismaili during the tournament.

According to the Perry Okudzeto, who was present at the draw held on Friday outside the city of Cairo in front of the historical Pyramid, the country will begin preparations right away.

He added that the Black Stars Management Committee formed will be in charge of the finances for the tournament.

“I believe we are prepared for the tournament as everything is in place to ensure we play our part for the Black Stars to win the AFCON”.

Head coach of the Black Stars, Kwesi Appiah, has indicated that he will need all the necessary support and preparations ahead of the AFCON.

Ghana will begin their campaign against Benin on June 25, 2019 at the Ismail Sports Stadium.

GHANAsoccernet checks indicates that government has approved a budget of $8 million for the AFCON.

‘Must be smoking weed’, ‘sabotage’: Chelsea fans react to Sarri’s desire to bring Kante to Juventus